As we all know the bright rays of Mt. Kanchenjunga has always left us admire in wonder along with the Toy train. It’s wondering sound is completely nostalgic and everybody no matter has availed the ride or not, falls in love. Not only we but it also touched the heart of famous port Rabindranath Tagore and the famous film director Satyajit Ray. The toy train is such a ride with which you can walk along and come across from one hill station to another. The small compartment along with its small sitting arrangements will surely memorize us and takes us to our childhood’s wonderland. Once a famous writer Upendra Kishore Roychowdhury said in his famous book Darjeeling Adventure that another writer Sukumar Roy claimed that the space of the compartment are so small along with the sitting arrangements of the toy train than the metro city buses which have much larger space.

It all starts in the 18th century; slowly and gradually the name Darjeeling is becoming famous. It says in the Lepcha language the word Taji Lang means a place where people used to get together and gossip among each other. But the local people say early it was called Dorjeling. After that Britishers refined the word and named Darjeeling. Again many people believe that in the 1765 century, the lepchas and lamas built a monastery named Dorjeling. Darjeeling basically comprises of the part taken away from Sikkim in the year 1850, in 1865, 11th Nov in the Eng-Sikkim war at the time of settlement at Brinchula Agreement an extended part of land and a part which was taken on lease from Sikkim ruling party Chesial . In between these 2 well known European captain G.A. Lioyd and J.W. Grant step into Darjeeling. From a report dated the 18th June, 1829 in which he claims to have been the only European who ever visited the place. We learnt that Lioyed visited the Old Gorkha station called Dorjeling for six days in February 1829. It says that both the beauty of the place and its surrounding atmosphere attracted them. In this regard Dr. Arthur Campbell in the year 1839 was handed over the responsibility of developing the place, the land measurement and looking after the place. He was handed over the full responsibility of being the first Sanatorium’s superintended. In the year 1841 Dr. Campbell brought few seeds of Chinese tea plant from the Kumaon region and planted those in his own garden just near his home and the rest is history. From then Darjeeling started reaching everyone’s heart. 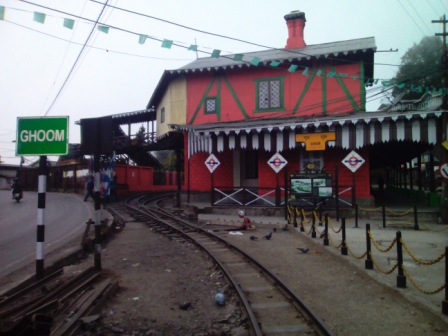 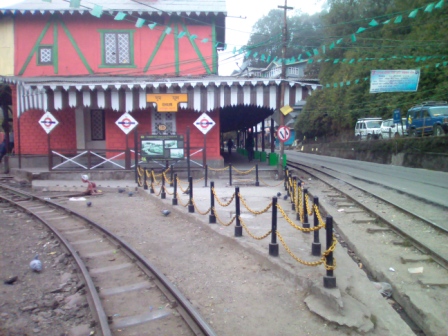 At that time the first road was built which is known by the Old Military road. In this narrow road only carriages are allowed which were carried by men. The Britisher’s started visiting Darjeeling to hideout from the extreme warm temperature of the cities. From then it became a common fashion to spend the summer in Darjeeling or at the hill stations. Slowly the numbers of people started increasing. But in those days visiting Darjeeling was similar to now a day completing a tour from one country to another. At those days it takes about 2 weeks to reach Darjeeling from Kolkata, first from Sealdah to Sahibguange by train, in those days this train was maintained and owned privately by Eastern Bengal Railway Organization, after that you need to cross the Ganga River by large boats or ships, after that carriages drawn by cows or horses which drops near the bank of a small rive, from there you need to cross the river and again by carriages of cows or horses you will reach to Siliguri a road of 100 miles. From there again by carriages of cows or horses after crossing hills and jungles to reach Darjeeling, it takes 2 full days. But in the later days after the station up-to Damukdia was built a slight improvement came. Damukdia- presently Bangladesh, from there you need to reach Padma River and cross it and reach Saraghat, from there to Siliguri by train. In the year 1869 Hill Cart road was built and the journey from Siliguri to Darjeeling was improved. Once Upendra Kishore Roychowdhury stated in his experience of visiting Darjeeling that “In those there were no roads for traveling to Darjeeling, not only that but also the people of the plain land were not at all aware that there is a place of the hill top which is so beautiful and healthy. In the jungles there were narrow routes from where wild animals used to pass. The local of the hills used to travel though that route and comes to the plain land and used to claim that the place on the top of the hill is very beautiful.

In the year 1878 an agent from East Bengal Railways Mr. Franklin Prestage was attracted from the beauty of the place so much that he thought of developing roads for better communication. He started of placing small tracks and started experimenting; he then sends the news to the Lt. Governor of Bengal Sir Ashley Eden. The proposal was agreed in the year 1879. In the same year 2 ft (610 millimeter) narrow rail track was started to be placed. To complete the project a special organization was built up named Darjeeling Steam Tramways Company. The construction project was given in charge to Gilander Arthurknot and Company along with Kolkata’s Tom Michel and Ramsay of Calcutta. In the year 1880 in March the first railway track was completed from Siliguri to Tindharia, distance was about 31 km. Then in August the track extended up-to Kurseong of about 29 Km. In the month of February 1881 again the track was extended to 15 km more up-to Sonada. In the same year the company reached to their dream and extended more 10 km up-to Ghoom. Till date the highest railway station in Asia is Ghoom (7,407 ft). Again in 4th July 1881 the line was extended more 6 km and it reached its destination Darjeeling. And then Darjeeling station was built. In the year 1881, 15th September the name of the company changed to Darjeeling Himalayan Railway. In the year 1881, 4th March first toy train was opened in the presence of the then Indian Viceroy Lord Liton and his wife Lady Liton. The first locomotive steam engine was name Tini. From then every engine has a different name, mainly these are named from the name of wild animals like, Tusker, Eagle. Lord Liton and his wife avail the first ride and said it was wonderful. There is a memento kept in the name of Prestage at the Darjeeling’s Cathedral of Loreto Convent School. It is stated as founder of DHR Company. From January 1880 to July 1881, these 19 months was required to complete the railway track from Siliguri to Darjeeling – 88.48 Km. Total cost invested was INR 31 lakhs and 16 thousand rupees. The maximum speed was about 15 km per hour. One B class loco engine has the capacity of holding 800 kg of coal and 1418 liters of water. It was not so easy to place the tracks on the hilly terrains. In some place the tracks were not placed in a uniform way. Somewhere the tracks were placed a little upwards and some where it was placed a little downwards. In some place the tracks were placed like rounded stairs, then only it could be reached to it next level. This is called Loop. In those days there were all total 5 loops were built. The first was between Sukhna to Rongtong Station, the second and third was between the middle section of Rongton and Chunnabhatti. The fourth was between Tindharia and Gayabari station named Agni Point the fifth was between Ghoom and Darjeeling station. The highest point of this railway station is Batasia Loop. In the year 1919 Batasia loop was again redesigned, apart from the loops there were few jigjag tracks were also made. Also a tunnel was built up. In the year 1934 due to the earthquake the tunnel got cracked. In was again rebuilt near Chunabhatti in a comparatively smaller size but it was smashed down in the year 1968 due to landslide. Before this in the year 1897’s earthquake and 1899’s cyclone also affected Darjeeling’s Toy Train. In the year 1870 the first office was established by Eastern Indian Railway. In the year 1907 railway mail service was started, the responsibility was given to Darjeeling Himalayan Railway, with the help of this mail service train important letters, parcels and packets were transferred to different stations. Apart from this with the help of Darjeeling Railway to the downward section things like Tea, Sugarcane, Orange, vegetables and to the upward section things like rice, flour, oil, salt, coal and iron were transported. In the year 1909- 10 Darjeeling Himalayan Railway takes about 178000 passengers and 47 tons of other things. In the year 1920- 21 it raised to 163042 passengers and other things of about 61704 thousand tons, this made a record in the history of Toy Train. In the year 1918 up-to Kishanjunge and in the year 1915 up-to Gaikhola DHR extended the railway track. At the time of Second World War this played an important part in transportation of important ingredients for the military. At an altitude of about 2822 ft high Tindharia was the centre of attraction of DHR, because a railway workshop, locomotive shades and railway hospital was built up. And from there to the downhill Paglajhora falls is clearly visible. In the year 1925 Mahatma Gandhi visited Darjeeling, but he preferred to walk the path instead of availing the railway route. In the year 1948 20th October the DHR company was taken away by the Indian Government. Then Indian Govt. handed over the responsibility to Assam Railway Organization. In the year 1954 this came under Indian Railway North East Frontier. In the year 1962 New Jalpaiguri station was started and the route from NJP to Darjeeling was started, from Siliguri to NJP a narrow track was placed. Up-to 1947 DHR’s 55 loco engine and 139 passenger coach was there. Currently it has 37 coaches. In the year 1992 – 93 except passengers, transportation of other things was stopped. The last locomotive engine was built in the year 1917. 1988 – 89 due to the issue of Gorkhaland, toy train were stopped. Again in the year 1999 Indian Govt. took the initiative to start 2 N.D.M. 6 class diesel locomotive engines. From the year 2000 beside steam engine diesel engine was also started. In 1999 UNESCO declared Darjeeling Himalayan Railway as world heritage. After Austria Samri railway DHR Toy Train has the second place in the world. 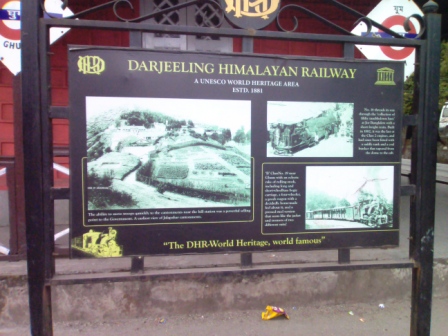