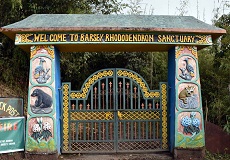 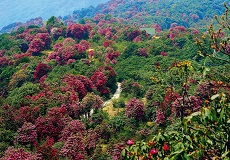 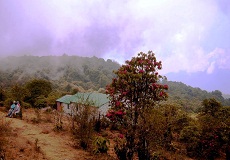 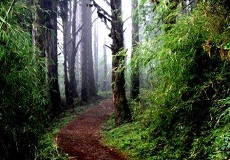 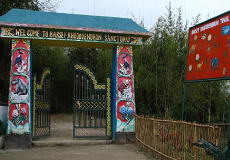 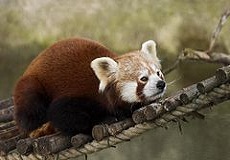 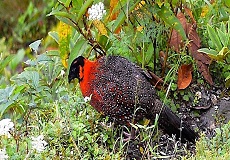 How to Reach: From Siliguri or New Jalpaiguri railway station by direct hired jeeps or by buses of Sikkim National Transport or by shared jeeps up-to Jorethang, from there via Sombaria to Okhery. Distance is about 123 km. It is about 5 km. From Okhrey at about 9 km is Hilley. From Hilley at about 4 km is Barsey. From Hilley cars are not allowed to enter Barsey, it is about 4 km trekking route. But in this route the uphill and downhill trek are comparatively less. From NJP railway station you can hire a share car which will drop you at Jorethang; from there you need to book cars which take you to Okrey. From NJP, Barsey is about 200 kms. From Melli, to Sevoke coronation bridge and then by the National Highway 31, with river Teesta side by side. While leaving the route to Peshoke – Takdah- Ghoom aside, one should take the route of Teesta Bazar. A little further you will get to see the meeting point or the adjoining point of River Teesta and River Rangit. From Melli while leaving behind the route of Teesta River, one should take the route of Rangit River. The road is a slight bumpy and made of boulders up-to Jorethang. Or, from Jorethang either by Bus or by shared jeeps up-ton Soreng, from there by walking one can reach to Upper Singling. This trek route has directly gone and has ended up at Barsey. One can also take another route through Sombaria. From Sombaria at about 40 km distance is Okhrey. It becomes almost afternoon to reach Okhrey from NJP. From the upper part of Jorethang Bridge after crossing the Rangeet River, take the left hand side. The right hand side hand side route is the way to the tourists on the favourite destination Pelling. After heading a further, you will get to see that on this route towards Okhrey- Hilley- Barsey, cars availability is comparatively less.

Best Time to Visit: Okhrey- Hilley-Barsey can be visited throughout the year, but if anyone plans to visit this place in the month of March-April – May, then you will get see a clear weather, along with numerous colourful Rhododendrons and wide varieties of Himalayan Birds. The Hilley – Barsey trail is ablaze with a riot of colors during March and April created by many species of rhododendrons blooming across the valley. The best time to visit this part of western Sikkim is at the month of mid April. As the winter passes away, these places glorify with the blossoming up with wide varieties of colourful flowers.

Climatic Conditions: Temperature is very cool, but at the month of February and March you can see snowfall. In the month of mid March – April the area get completely filled up with wide varieties of Rhododendrons. 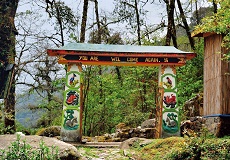 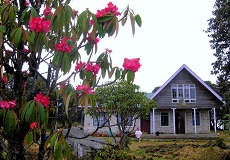 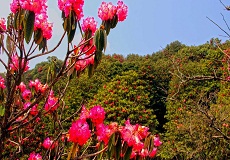 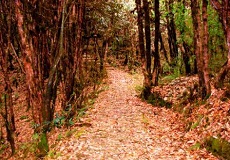 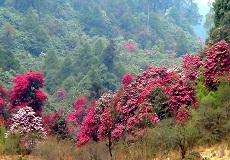 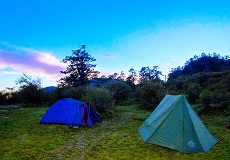 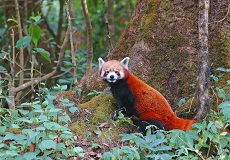 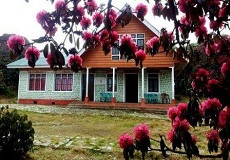