Sillerygaon is a small quaint village located in the Kalimpong sub- division of West Bengal and nestled at an altitude of about 6000 ft also known as ‘New Darjeeling’. Sillerygaon mainly comprises with simple village life, numerous species of flora and fauna along with wide varieties of flowers and stunning view of Mt. Kanchendzonga. The name “Sillery” is derived from the name of a plant that grows in abundance in this region. This area abounds in Cinchona Plantation which was introduced in this region by the British, as a source of Quinine used for the treatment of Malaria. And the word ‘Gaon’ literally means ‘Village’. Therefore ‘Sillerygaon’ stands for ‘Village of Cinchona Plantations’. Sillerygaon houses around 30 to 40 families those are mainly Rai, Bhujel, Lepcha, Tamang, Gurung, Bhutia and others for whom felling of trees and basic agriculture was a way of life before village Eco-tourism paved the way for an alternative source of livelihood. Altogether the locals of Sillerygaon are very keen to upkeep the natural Eco system of the village. Sillery Gaon is encircled by Pedong, Rishi and Aritar. As per education is concerned Sillerygaon has only one secondary school for the local children, apart from this no other higher secondary school or college is at Sillerygon, the local children has to travel 8 km to Pedong for their higher secondary education. Sillerygaon is located to the north – west side of Darjeeling and is guarded by Bhutan to the right, Mt. Kanchendzonga at the front and dense jungles to the left. Sillerygaon is home to numerous Himalayan birds, to name but a few are Rusty Sparrow, Fire Tailed Sunbird, Olive Backed Pipid, Blue Fronted Redstart and many more. In the evening Sillerygaon offers astonishing view of the far away lights on the valleys of Sikkim and Darjeeling. Each house of the locals at Sillerygoan has their own garden that grows numerous Himalayan flowers to name but a few Orchids, Primula, Magnolia and many more. From Sillerygaon on a day trip tourists can visit Lava, Rikkisum, Pedong and Rishikhola. Namchi of South Sikkim is also visible from Sillerygaon. In the evening at the time of sunset, the light plays a vibrant display of colours at the backdrop of the mountains. On the way from Bish Mile to Sillerygaon tourists get too see the locals practice step cultivation on the green paddy fields. Sillerygaon can be an ideal option while planning for Sikkim Silk Route trip.

What to see/ Local watchable around Sillerygaon:

Silent Valley – Silent Valley, as the name suggests this place is covered with dense greenery of huge Pine trees with absolute silence all over the valley. The ‘Silent Valley’ at Sillerygaon is a ‘Lowland Meadow’. During the monsoon a natural pond gets formed from the accumulated rain water, the locals call it ‘Siyal Pokhri’. Silent Valley can also be an ideal picnic spot under the shades of the Pine, the place is also known for its abundance of pine forest.

Jalsa View Point – ‘Jalsa View Point’ at Sillerygaon is famous for its Cinchona plantation. From Sillerygaon tourists can trek the route to reach Jalsa View Point. The Jalsa Bungalow was built by the British in the early 1920’s. It used to host the high ranking officials working at the Cinconha Plantations. The bungalow is located on a hilltop within age-old pine trees, landscaped gardens and has a mesmeric view of the Teesta River Valley.

Siyal Pokhri – At ‘Silent Valley’ near Sillerygaon during the monsoon a natural pond forms and the locals call it ‘Siyal Pokhri’.

Damsang Fort – The Damsang Fort which is about 4 km from Sillerygaon was built by the King of Bhutan in the year 1690 after they defeated the Lepcha Tribes. Though the Bhutanese could not keep it under their rule for long time. In the year 1864 Bhutan government handed over Damsang Fort to British, after they were defeated by the British government in Indo – Bhutan war. But during the earthquake of 2012 the fort was devastated. This fort which had been built in 1690 by the Lepcha Kingdom and it was the nerve center of ethnic violence between Lepchas and Bhutias. Enthusiasts can get involved in mild treks or hiking from Sillerygaon to reach Damsang Fort.

Tinchuley View Point – Also known as Tinchuley Top is a 30 steep uphill trek. Tinchuley view point offers clear view of the mountain ranges along with the Jelep La Pass and Nathula Pass to the far distant.

How to reach/ Getting there – The nearest rail head is NJP railway station; it is well connected by train and bus route with all other major cities of India. Sillerygaon is about 96 km from NJP railway station, 18 km from Kalimpong, 8 km from Pedong, 21 km from Rishikhola and 85 km from Siliguri. The route is from Kalimpong via Algarah upto Pedong. From there via Bish mile a left turn route about 4.5 km is Sillerygaon. For those who avail the route from New Mal Junction, for them the route is from Gorubathan and Lava. Nearest Airport – Bagdogra distance is about 105 km. By car it takes around 04 to 05 hours. Sillerygaon lies at a distance of about 20 km from Rikkisum and 16 km from Iccheygaon. Shared ply between Kalimpong and Pedong. Tourists can get off shortly after Bish Mile from where the road starts towards Sillerygaon. It takes about 04 hours from NJP railway station to reach Sillerygaon.

Best time to visit – Through Sillerygaon can be visited throughout the year, but it is advisable to avoid the monsoon, as this time of the year the village becomes abundance in leeches. 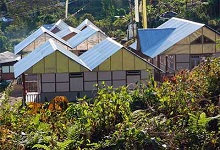 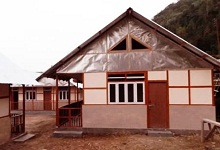 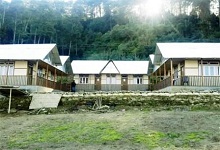 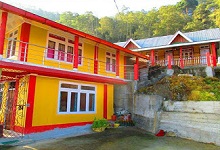 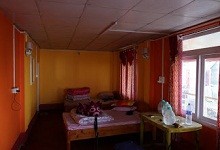 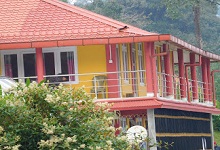 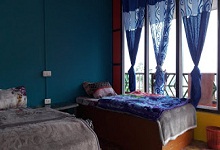 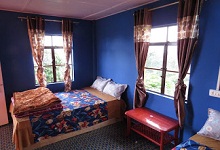 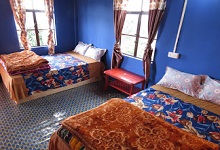 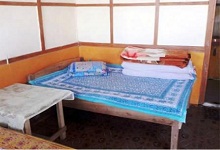 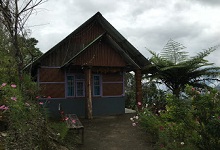 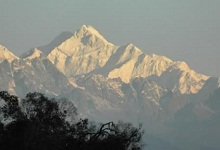 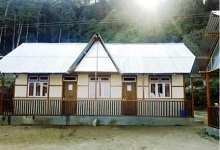 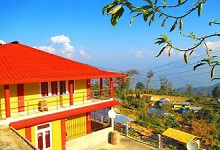 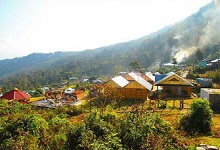 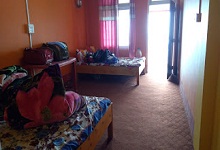 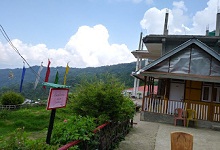 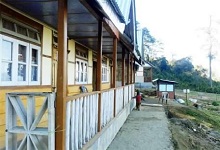 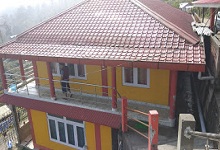