Zuluk or Dzuluk is a small village of east Sikkim on the Old Silk Route and nestled at an altitude of about 9400 ft. Zuluk is inhabited by around 800 to 900 people. Previously Zuluk was a part of the popular silk route connecting Kalimpong to Tibet and was mainly used by traders traveling to Tibet. This hamlet named Zuluk is located in the lower Himalayas in eastern part of Sikkim, near the Indo-China border. Zuluk is comparatively claimed as an offbeat tourist destination. Though some of the forests situated around Zuluk are still unexplored and offers the habitat for variety of flora and fauna, among these to name but a few are Deer, Himalayan Bear, Wild Dogs, Red Pandas, Tigers and Snow Leopard. The word Zuluk comes from Tibetan word ‘Je- Lu’, which means ‘pouring gun powder into guns’. During the war of 1888 between the British government and Tibet the locals of that region used the word ‘Je-Lu’. In the later days later this ‘Je-Lu’ became Zuluk. Zuluk was once a transit points for the yak herders those who traveled from Tibet via Tukla and Jelep La for their entry to India. Zuluk was a night halt base for those travelers .Though presently the whole area is under military supervision. Zuluk is perched on the rugged terrains of the lower Himalayas close to the Indo – Tibet border. Zuluk derived its importance for its location on the historic Silk Route which started from Kalimpong and passed through Pedong, Aritar, Zuluk and Jelep La to Chumbi Valley in Tibet. This small village of Zuluk accommodates a population of around 700 people. They are largely immigrants from Nepal who came to Zuluk and settled here for a better future. There is also an Indian Army transit base camp of ‘Cloud Warriors’ at Zuluk, which has been used as a transit camp for the army movement to the Indo – Chinese border which is a few kilometers away. Zuluk is the very first village within entire Silk Route circuit. Zuluk is a base to see one of the most magnificent sunrise over Mt. Kanchenjunga along with the three-level zigzag roads that offers beautiful views of the scenic landscapes along with the surrounding mountain range. On the route from Zuluk to Gnathnag Valley there are all total 95 hairpin bends which locally known as Zig Zag road or ‘Bhulbhulaiya’ and are best viewed from Thambi View Point. Zuluk offers accommodation to tourists mostly in the form of homestays, a tradition derived from the past when merchants traveled long back from Tibet via Jelep La. Being close to the ‘Pangolakha Wildlife Sanctuary’ Zuluk is home to numerous Himalayan birds those inhabited the region. During the night at Zuluk, the locals provide tourists with Bukhari, it is a traditional system of makeshift fireplace.
Some of the local delicacies available at Zuluk are listed below.

Ruk Ruk – This is a traditional Tibetan dish that tastes a bit sweet and salty.
Khabji – A traditional Tibetan sweet dish.
Phale – This is a form of Tibetan chapatti, it is prepared with wheat flour, tomatoes, onion, chili and other spices. On addition of meat with this chapatti, it named as Sa – Phale and on addition of egg it becomes Khulip Phale.
Tingmo – This is a local momo of that region prepared with wheat flour, carrots and Rai leaf.
Yak Sa – This is the dry form of Yak meat. Tourists often gets to see dry Yak meats hanging from the roof of most of the houses. In this high altitude regions these dry meat remains preserved and fresh for longer times.

Thambi View Point – Thambi view point is nestled at an altitude of about 11200 ft and it offers best possible view of the 95 hairpin bends of Old Silk Route. From Zuluk around 16 km is Thambi View Point and it takes about 2.5 hours to reach Zuluk by trekking.

Zig Zag Road or Bhulbhlaiya – Zig Zag road or ‘Bhulbhulaiya’ are the clusters of 95 hairpin bends of Zuluk that go up to Thambi View Point.

Kuikhola Falls – Kui Khola waterfall is located on the way from Padamchen to Zuluk. This 100 meter gushing waterfall is blessed with immense natural beauty, which makes it one of the most attractive and visited waterfalls in East Sikkim.

Dhupidara View Point – Dhupidara is nestled at an altitude of about 11300 ft. The name Dhupidara derived from the abundance of ‘Dhupi Forest’ once during the past. From Zuluk tourists can also visit Dhupidara. Dhupidara View Point is very near to the famous Thambi View Point and offers one of the best views of Eastern Himalayas with Mt. Kanchenjunga on one side and the Zig Zag Road of Zuluk on the other.

Lungthung View Point – Lungthung is located within 6 km from Thambi view point and nestled at an altitude of about 12600 ft. The word Lungthung means ‘Open Air’. Lungthung is a way uphill around 18 km from Zuluk. Lungthung is inhabited by few Nepali families. During the winter Lungthung remains covered with thick layers of snow. Lungthung is best visited during April – May and October – December. In Lungthung the glittering golden yellow rays of the sun getting reflected from Mt. Kanchendzonga leaves a mesmerizing effect on you.

Padamchen – Padamchen is a small village on the Old Silk Route located between Lingtum and Zuluk. Padamchen is nestled at an altitude of about 7500 ft. Padamchen is nestled within the ‘Pangolakha Wildlife Sanctuary’ and is the home of the beautiful bird of Himalayas ‘The Himalayan Monal’. Forest department of East Sikkim charges 55/- each per pax as jungle entry fees and charges for cameras are extra and as applicable.

Gnathang Valley – Gnathang Valley is locating around 23 km from Zuluk via Lungthing, Thambi View Point and Lakshmi Chowk. Gnathang Valley is an area of perennial snow nestled at an altitude of 12700 ft. This is being developed as Ski Point in Sikkim. Chinese watch towers on Jelep La are visible with naked eyes. The valley remains covered from November to April.

Kupup Valley and Kupup Lake (Elephant Lake) – Kupup is a small village or valley comprises of small log huts with and an army barracks. Kupup remains covered with thick with snow 04 to 05 months of the year. Around Zuluk there are several high altitude lakes and one of the most beautiful is surely the Kupup Lake. It is one of the most sacred lakes of Sikkim, with high mountains and rugged valleys bordering it. Kupup Lake’ or ‘Elephant Lake’ is nestled at an altitude of about 13900 ft and is also known by the name ‘Bitan Sho’ to the locals.

Other local watchable – There is an old ‘Shiv Temple’ and an ‘Herbal Garden’ at Zuluk which are worth visiting. The Balasu Point and Salamidara View Point are also among the local watchable around Zuluk.

Permit – The permit for visiting Zuluk along with entire Silk Route is available from Rongli SDPO office after validating the required documents. Though this permit is issued to Silk Route upto Tsomgo Lake via Gangtok. Tourists need to present Voter’s ID card, Passport or driving license to get the permit along with passport sized photographs. Tourists are advice to take more than one copies of their Identity proofs.

Things to know – As Zuluk is situated on a bit higher altitude, there tourists are advised to carry required medicines to avoid high altitude sickness. Before entering Zuluk tourists can get acclimatized other locations nearby Zuluk like Aritar, Mankhim, Lingtum, Agamlok and Padamchen. Though being a village of human settlement, there are no shops or market area available nearby Zuluk, the last market area is Rongli and the locals are used to bring their required products from Rongli market. During winter Zuluk remains covered with snow. For tourists with high blood pressure and breathing ache should avoid staying at higher altitude instead they can prefer staying at Zuluk and complete their entire Silk Route trip.

How to reach – The nearest railhead is New Jalpaiguri which is about 151 km and the nearest Airport is Bagdogra which is about 161 km. From Gangtok via Tsomgo and Tukla Valley around 85 km is Zuluk. From Zuluk around 41 km is Mankhim to the way downhill towards Aritar 18 km is Lungthung which is to the way further uphill towards Gnathang Valley. Though in this region shared cars are not available, tourists need to avail hired cars from either NJP railway station or from Bagdogra Airport.

Best time of visit – Zuluk can be visited throughout the year except monsoon. October – December is the best time. January – March is the best time to view the snow in this region. 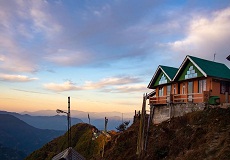 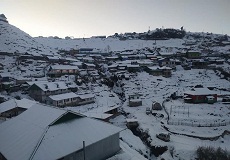 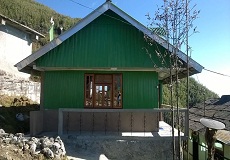 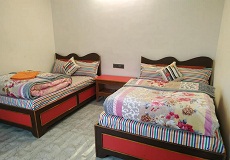 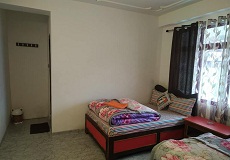 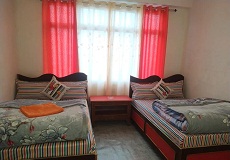 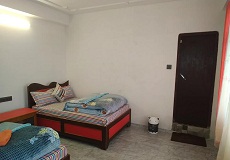 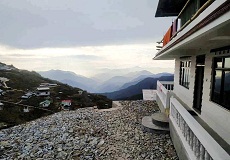 Facilities available:
Rooms are all wooden furnished with attached bathrooms
Western type toilets and availability of hot water
All rooms offers excellent view
Foods available are both both Indian and Local
Arranges for short treks and hiking 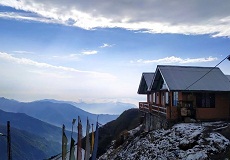 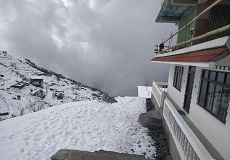 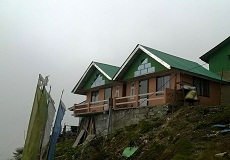 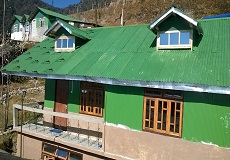 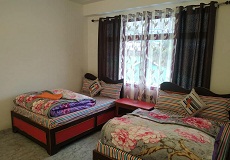 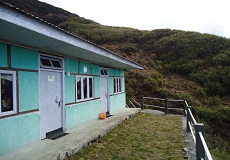 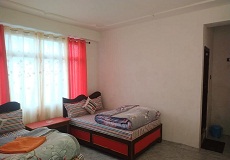 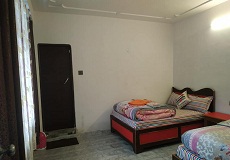 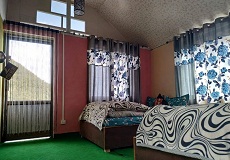 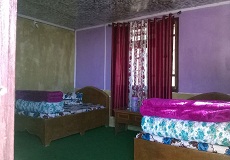 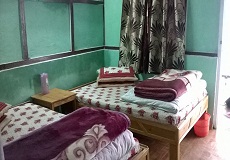