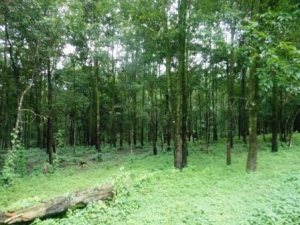 Samsing is a small hill village and tourist spot in the Malbazar subdivision of Jalpaiguri district of West Bengal situated at an elevation of 3000 ft in the foothills of Jalpaiguri and Darjeeling districts border. It is known for its beautiful landscape with green tea gardens, hills and forests, which attract a lot of tourists. It lies 18 km from the Neora Valley National Park. It is the home of more than 2500 people. Its climate is noted for fog and cool breezes and a high rainfall. It has lots of beautiful picnic spots and tourist place. Some of them are Lali Guras, Rocky Island and Suntaley Khola. Neora Valley National Park is in a distance of an hour from here. Here you can find the fusion of hills, plains, rivers, forest, tea-garden and villages. In fact, it is a cute tea garden inhabited by lovely and helpful nepali people. Many local people are associated with tourism / tea / timber – related businesses.

At a distance of 82 km from Siliguri, it takes about 3 hours to reach Samsing from Siliguri through the most picturesque landscape. As you enter Dooars through the National Highway 31, you will cross Malbazar to reach Chalsa. From Chalsa road has diverted to the left side with beautiful tea gardens with both sides via Metely the road have straight reached to Samsing. The last few kilometres drive is a feast for the eyes as you pass through some of the most picturesque tea gardens of Dooars including the Chalsa Tea Garden, Zurantee Tea Garden and Samsing Tea Garden. The road is relatively narrow but there are few vehicles travelling through this route as the road ends at Samsing.

Samsing is divided into two parts; Samsing basti, which includes Khasmahal and fari, and Samsing tea garden. Samsing Tea Estate is under the administration of Jalpaiguri district and Samsing Basti- comprises Sundar Basti, Khash mahal and fari are under Dajeeling District Administration. It has also three divisions- top line, lower line and young tong division. Further, then the owner of the tea estate of Samsing were British companies. They divided the top-line with Kurti line, New School line, Gumba Line, Kamal Bhhawan line, MBP Line, SB LINE ( later also known as PP Line), Munshi line and Junction line. Where now samsing has its Local bus stand. Local people are mostly employed in tea garden and tourism, but many of the younger generations have migrated to bigger cities for greater opportunities.

Samsing is a progressive place as the people have always valued education and their cultures. The people here actively participated in the both the forms of Gorkhaland demand. They supported the both the leaders in 1986 and after 2000. The second agitation was non violent and the people appreciated the efforts. In second movement, this village got the electricity in 2009-2010.The early settlers in this village as a tea plantation labours were two people one from Rongli, Sikkim and other from Nepal Mountain region.

A drive through some of the best tea gardens of Dooars, set amongst undulating countryside, will take you to Samsing. The beautiful little hamlet is blessed with nature’s bounty; where small streams, natural forests, tea gardens come together to form a picture perfect landscape. Samsing is where the plains suddenly rise to transform into the mighty Himalaya. Samsing is where the forests of Neoravalley reach the plain. Samsing is where river Murti opens up from the mountainous confinement to become one of the most adored rivers of Dooars. Samsing is where you will find your bliss. Staying on the bank of the Suntalekhola you will listen to the eternal tunes of water. The picnicking on the bank of the Suntalekhola or drive through the steep serpentine way to Tree Fern Point and Mouchuki with only nature as your companion is worth remembering all the life. For the adventurous soul Samsing offers excellent terrain. Situated at an altitude of 750m Samsing is a gateway to the remote parts of Neora Valley National Park. The hills with green all around will never let you feel alone in this divine landscape. The place is full of flying beauties and birds. The sweet chirping of unknown colorful birds in the serene landscape is a refreshing break from the city life. Step out with a binocular and explore the treasure offered by the nature.Some of the major species include Grey Nightjar, Orange-bellied Leafbird, Maroon Oriole, Greychinned and Short-billed Minivets, Greater Racket-tailed Drongo, Slaty-backed Forktail, Sultan Tit, Ashy Bulbul, Yellow-vented, Golden-spectacled and Chestnut crowned Warblers, Greater Necklaced Laughing thrush, Long-tailed Sibia, White-napped and Black-chinned Yuhinas. 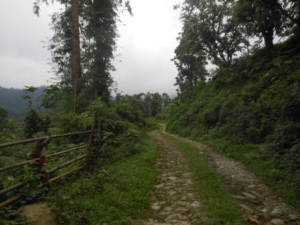 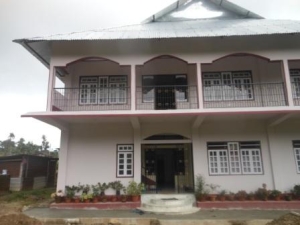 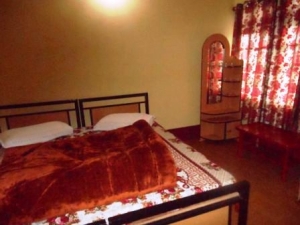 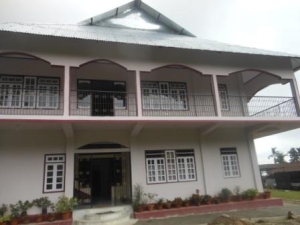 The Homestay is placed at a very prime location at Samsing, offering wide view from the balcony of the home stay. From here any one can avail a trek for the famous Neora Valley National park and also to the Mouchaki camp. From here one can also go for a trek to the Suntaleykhola. The homestay is a two storeyed building with rooms from double, triple and four bed rooms. The atmosphere is very homely , people here are of very welcoming nature and helpful.

Rooms are all well furnished with all wooden floors.

Arrangement of car for local sightseeing.

10% service charge on the room tariff 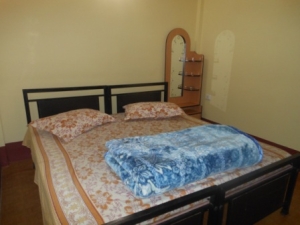 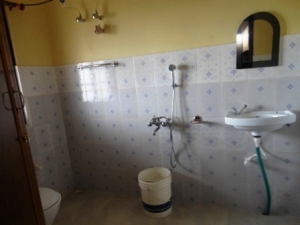 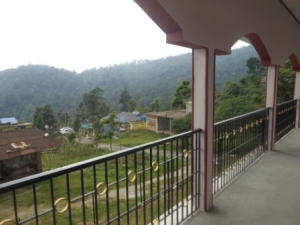 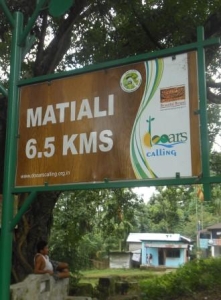