Nameri is a national park in the state of Assam, India. Nameri national is situated in Sonitpur District in the foothills of East Himalayas. Nameri is basically a tiger reserve but for bird lovers and bird watchers, Nameri is a paradise. Nameri is famous for the habitat of White Winged Duck, which is the state bird of Assam. One can visit Nameri from Guwahati via Raha Bazar. From Guwahati at a distance of about 220 kilometer is Nameri National Park. Nameri is about 9 km from Chariduar, the nearest village. Nameri shares its northern boundary with the Pakhui Wildlife Sanctuary of Arunachal Pradesh. Together they constitute an area of over 1000 km square of which Nameri has a total area of 200 km square.  The park was declared a reserve forest on 17 October 1978. It was set up as a Nameri Sanctuary on 18 September 1985 with an area of137 km square as a part of Naduar Forest Reserve. Another 75 km square was added on 15 November 1998 when it was officially established as a National Park. On the way towards Nameri there is a turning which divides the road. To the right hand side is Meghalaya and to the left hand side is Assam. Towards Nameri there is a 3 kilometer long bridge above river Brahmaputra. On Brahmaputra River you will find numerous Red Crested Pochard and Northern Pintail, those floats on the river. You will Nameri by afternoon, while one step into Nameri they will get to hear the chirping sounds of numerous birds within dense greenery. To enter into the Tiger Reserve, one will need the permit or entry pass which is available from the “Nameri Wildlife Office” just beside Nameri Eco Camp. From there only they will provide with a guide to get into the jungle. At Nameri National Park, one will see Jia-Bhoroli River; this river has flown criss-cross through the national park. In the monsoon this river overflows and becomes very dangerous. On the way to Nameri, one may come across many species of birds those may include Lesser Adjutant, Great Hornbill, Red Breasted Parakeet, Siberian Stonechat, White Ramped Shyama. On reaching the river bed after the sun raises many birds used to gather here like Redy Shelduck and Small Pratincole. From there one need to take a boat and cross the river, from there again leaving behind the river you will reach at Potashali Wildlife Division. There you need to show you entry pass and from there your jungle trail will start. In the interior of Nameri National Park and Tiger Reserve one will get to see numerous species of birds like Vernal Hanging Parot, Grey Headed Canary Flycatcher, Golden Fronted Leafbird, Scarlet Minivet, Black Bulbul, Grey Caped Pigmy Woodpecker and you anyone is lucky enough they will get to pugmarks of Tiger. To the interior there is a water body at Nameri where one will get to see the state bird of Assam White Winged Duck. Other species of birds found at Nameri may include Eurasian Thick Nee, Yellow Bellied Fantail, Lesser Yellownep, Black Winged Coocooshrike, Crimson Sunbird, and Speckled Pikulet. Apart from Bird watching, one can also take part in adventure sports like river rafting on Jiyavarli River. A complete 13 kilometer rafting can be done. While rafting on the river, one may again get to see numerous bird species like Ruddy Shelduck, Guuzander, Small Pratincole, Pied Kingfisher, Ibish Bill, Mallard, River Lapwing, Great Cormorant, Wagtail, Rithid Hornbill. Other species those inhabit Nameri are Hill Mayna, Asian Bard Owl, Blue Whistling Thrush, Blue Bearded Bea Eater, Eurasian Tree Sparrow, Scaly Breasted Munia, Great Barbet, Dollar Bird, Spangled Drongo, Maroon Oriol, Common Wood Shrike, Rufous Woodpecker. While one is on the jungle trail there is a watch tower which is just at a distance of 3 kilometers, just near the watchtower one will get to see Oriental Pied Hornbill, Osprey, Oriental Turtle Dove, Bard Kuku Dove, and Pin Tailed Green Pegion. While you are at Nameri, you will witness a great adventure, walking through the dense jungle with the chirping sounds of numerous birds some known and some unknown species. Your Nameri experience is sure to mesmerize you not only during your stay in this national park but also throughout your life whenever you will think or speak about Nameri.

Things to remember: For River rafting one need to get the permission. For 3 heads the cost is @ 2100/- . During rafting one need to follow boatman’s instruction. During jungle trekking, it is recommended to wear cloths of very light colour. Unnecessary shouting and screaming is not allowed inside the jungle. Always follow the Guide’s instruction as because inside the jungle very often Tiger, Hedge Hog, Wild Elephants, Gaur, Leopard comes out. It is highly recommended to throw away plastic bags, polythene or water bottles inside the jungle or anywhere nearby. 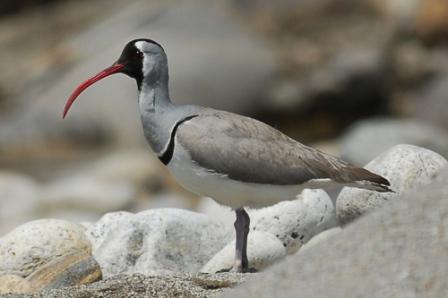