Mirik is a hill station in the Darjeeling district in the state of West Bengal, situated on the lap of Singalila wildlife sanctuary at an elevation of about 1,495 m (4,905 ft). The highest point is the Boker Monastery at about 1,768 m (5,801 ft). Mirik Lake at about 1,494 m (4,902 ft) is the lowest point. Mirik is 52 km (32 miles) northwest of Siliguri city and 49 km (30 mi) south-southwest of Darjeeling town. Tourism in Mirik is mainly centred on the Mirik Lake also known as the Saumendu Lake. More or less every hill station in this periphery has a touch of the British culture except Mirik, as because the main attraction of Mirik “Saumendu Lake” was nothing but a marshland with thick growth of sweet flag (Acorus calamus, locally called bojho) till the early sixties. But in the later days many restaurants, hotels and local markets has grown around the Mirik Lake. Now Mirik Lake offers number of activities to participate for the tourist those who visit Mirik. On one side of the lake is decorated with numerous Pine and Dhupi trees and the other side has the long stretches of green  tea gardens, both the sides are connected with concrete bridge known as ‘Rainbow Bridge’. Tourists can go for boating in the Mirik Lake, as because number of Shikaras and boats are available in the lake.  Guarded with numerous tea gardens and orange gardens from all sides. Mirik attracts huge of tourists throughout the year. Many tourists like to include Mirik in their checklist on any conducted tours around Darjeeling. Mirik is also known as second Kashmir, many people also claim it as small Kashmir. The Word “Mirik” pronounces as “Mir-Yok” literally means “A Hill Station Burnt in Fire”, another name of the Mirik Lake is “Krishna Nagar Lake”. The Lake was discovered by a British “Mr. Hadhhock”, he was the manager of Thurbo Tea Estate. There are many legendary stories centered on the Lake. The atmosphere of Mirik remains very soothing throughout the year. The oranges produced at Mirik have a worldwide popularity. A 3.5 km long road encircles the lake and is used for walks with the view of Kanchenjunga on the far horizon.

What to see: The attraction of tourism in Mirik is the Mirik Lake; one can take a ride on a horse back and stroll around the lake. Or one can also go for boating on a paddle boat and in Shikaras. Apart from these there are many local tourist spots around Mirik those are worth visiting. From Mirik one can visit the nearest destinations Sukhiapokhri. From Mirik one can visit the nearest Ghoom Monastery and Lepchajagat. The Pashupati market of Nepal is also at a nearest location from Mirik. Just before entering Mirik town there is view point known as Tingling View Point that offers a panoramic view of the long stretches of tea Gardens around Mirik. A number of tea gardens producing the famous Darjeeling tea especially Thurbo, Soureni, Gopaldhara, Singbulli, Okayti and Phuguri are located in and around Mirik those are worth visiting. Also Rameetay Dara – A viewpoint near the town from where one can see the surrounding mountains and the vast plains below. Sunrise Point is another view point that offers scenic views of the sun rising in the east and its reflection on Mt.Kanchenjunga in the north. The plains of North Bengal can also be seen from here. Orchids – Mirik has one of the best climates for a typical orchid called Cymbidium orchid, which fetches one of the highest prices in the world flower markets. Another point of tourist attraction at Mirik is the Mirik Monastery or the Bokar Ngedon Chokhor Ling Monastery was founded in the year 1986, the monastery premises offer a panoramic view of Mirik Lake and Mirik town. From Mirik within a few kilometers is the Rang Bhang river and the nearest spot from the river bed is Tabakoshi which is also worth visiting.

How to reach: From Siliguri at a fixed time gap several buses are departed to Mirik. Apart from these buses one can book shared cars those reaches to Mirik. For large groups hired cars are preferable. From Siliguri at a distance of about 52 km is Mirik and 49 km (30 mi) south-southwest of Darjeeling town. Taxis are available for internal transportation within Mirik to travel from Mirik Lake (Krishnanagar) to Mirik Bazar. 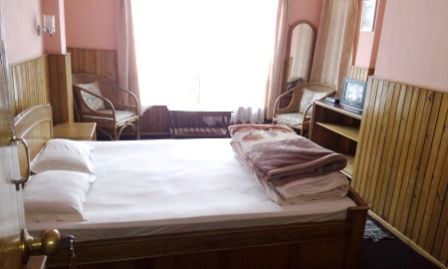 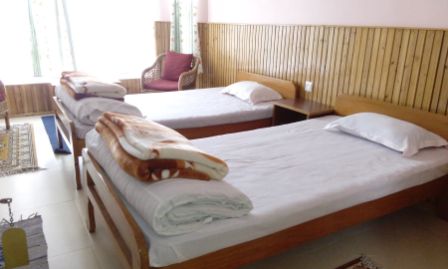 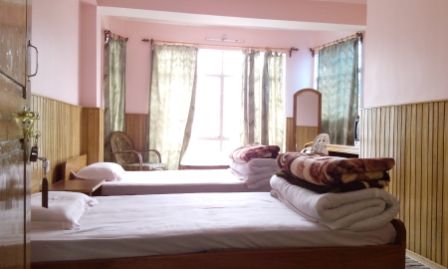 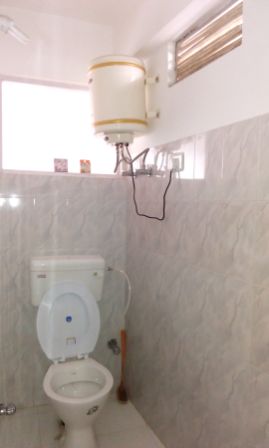 Among several other accommodations available at Mirik, Buddha Lodge is another family lodge available at Mirik, which offers good accommodation to the tourists who comes to visit the place. Buddha Lodge is run by one of the local residents of that area and is especially for the guests who come with their families. The behavior and the welcoming nature of the staffs of the hotel is really unforgettable. The rooms are very well furnished with wooden floors and carpets, attached bathrooms with western type toilets and geyser facilities for running hot and cold water. Restaurant facility is also available. Car rentals are also available on request. Rooms are divided into double, triple and four beds. 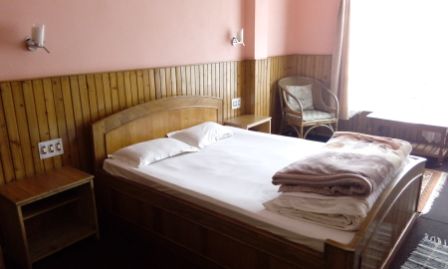 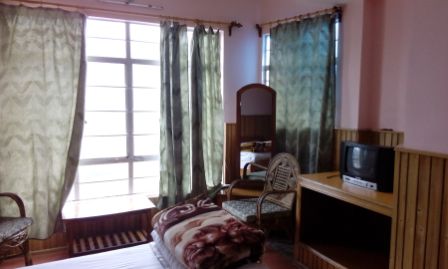 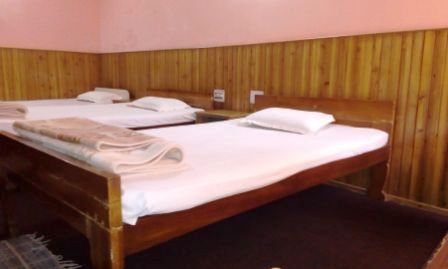 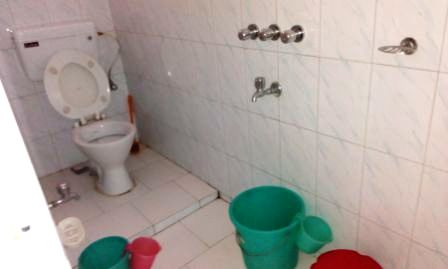