Kaluk is a small village located in the Himalayan foothills of West Sikkim. Kaluk lies at an altitude of about 5600 ft (1700 meter). Kaluk mainly forms the buffer zone of Varsey Rhododendron sanctuary.  For nature lover’s Kaluk is an ideal destination as it offers 180 degree view of Mt. Kanchenjunga range along with other Himalayan peaks. Kaluk is about 125 km from the nearest railway station New Jalpaiguri. The natural ambiance of Kaluk is surrounded by Lepcha villages those who are the local inhabitants of this region. Kaluk is considered as one of the important village where these Lepchas are successfully preserving their cultural, historical, religious and natural significance. All over Kaluk there are few local shops, jeep stand and resorts available for the accommodation of tourists. At Kaluk there a view point nearby that offers stunning views of Sun rise and Sunset at the backdrop of Mt. Kanchenjunga. Tourists often spot wide varieties of Rhododendrons and Orchids those grow at Kaluk. Being one of the nearest destination to Varsey Rhododendron sanctuary, Kaluk is inhabited by numerous Himalayan birds like Verditer Flycatcher, Scarlet Minivet, Bar Throated Minla, Blue Fronted Redstart, Green Backed Tit, Rufous Sibia, Streaksed Laughing Thrush, Fire Tailed Sunbird, Long Tailed Minivet, Black Bulbul, Large Niltava, Flycatchers, Barn Sallow and many more. Every evening the locals of organize cultural festival and bonfire for the tourists. In a 4 to 5 days tour at West Sikkim Kaluk – Rinchenpong – Bermiok – Uttarey can be covered. Or Kaluk also be visited with Hilley – Varsey trekking journey. For tourists and visitors Kaluk has few accommodations star category resorts run the local families of the region.

Things to Do: Around Kaluk there is a monastery built during the year 1730 by Gadakpa Lama, it is considered as the third oldest monastery of Sikkim. From Kaluk on a day tour tourists can visit Srebaadam, a small village with calm and quite ambiance all over. Srebaadam Monastery (Phuntso Nayup Choeling Monastery) is located in the green serenity of a village, mostly inhabited by Bhutia tribe of Sikkim. It takes ten minute trekking to reach the village from Srebaadam Bazzar. Every Thursday the locals of Kaluk set up a market which is worth visiting. In this market the villagers sell their local handicrafts and food items. As Kaluk is being considered as of the organic villages of West Sikkim, tourists can indulge in organic farming. Short treks and village walks are also very popular during your stay at Kaluk. From Kaluk Reesum Monastery and Sribadam Monastery are very nearby which are worth visiting, here tourists get to know about the cultural heritage of the region. There is also a house built in the memory of Rabindranath Tagore which can also be visited. Kaluk and Rinchenpong are twin villages of West Sikkim both lies at a distance of about 3 km from each other. There is a British Dak Bungalow at Rinchenpong where Rabindranath Tagore spent few days during his lifetime, other spots of tourists interests includes Temi Tea Garden, Ravangla, Hee Bermiok, Chayatal , Pelling and Uttarey. Adventure sports and river rafting can also added as major activities during one’s stay at Kaluk. The Lepcha Heritage House was built in 1860 by Phintso Thekadar, a renowned Lepcha landlord of his time. The house was built to accommodate the British Governor who used to visit the place. A 30 km drive from Kaluk, crossing picturesque Dentam village, the Changey falls offers a soothing experience.

How to reach: Kaluk is well connected with bus, train and flight. The nearest rail head is NJP railway station which is about 125 km from Kaluk. Several trains are available those reaches NJP from all the major cities of India. From NJP railway station by hired cars Kaluk can be reached, it takes around 4.5 hours. Other way is from Siliguri S.N.T bus stand by shared cars upto Jorethang. From Jorethang by shared cars of either Dentam or Uttarey one can reach Kaluk. Kaluk can also be visited from Rinchenpong which is about 3 km. By flight upto Bagdogra. From cars are available. Or from Sikkim Pakyong Airport by cars of Uttarey or Dentan one can reach Kaluk. From Gangtok with 4 hours journey Kaluk can be reached.

Best time to visit: Kaluk can be visited throughout the year, but it is advisable to avoid the monsoon. Winter is the ideal for the best possible views of snow capped Himalayan ranges as during this time of the year the weather remains very clear. Again March – April is the best time for the eye catching view of Rhododendrons those are in full bloom during this time of the year. 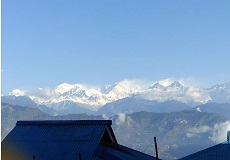 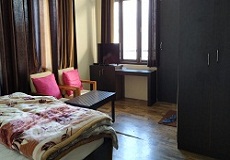 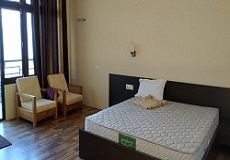 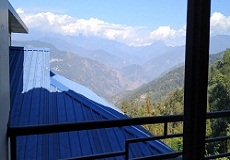 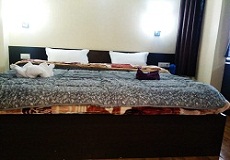 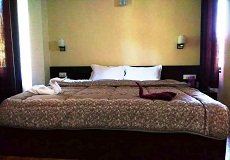 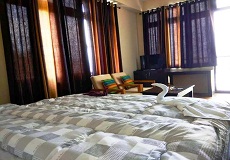 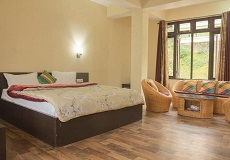 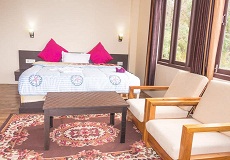 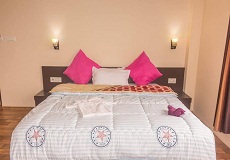 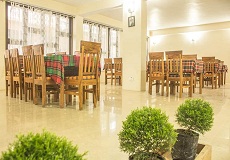 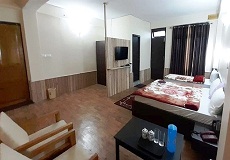 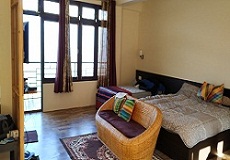 Amenities:
Spacious rooms with wall to wall carpet
Attached bathrooms with geyser for round the running hot and cold water
In house dinning facilities
Pick and drop service on request
All rooms are offers excellent view
Doctor on call
Rooms service available 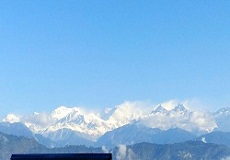 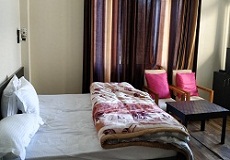 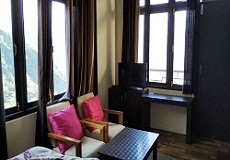 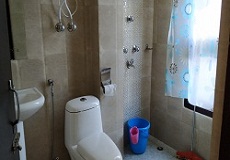 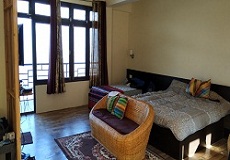 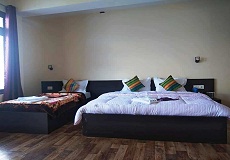 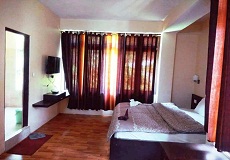 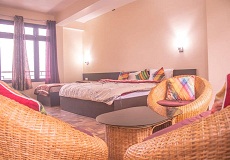 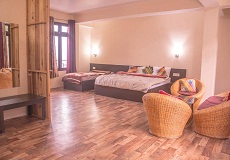 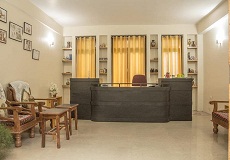 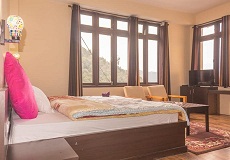 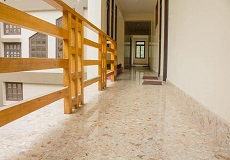 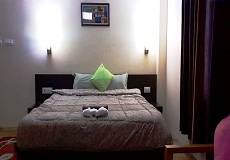 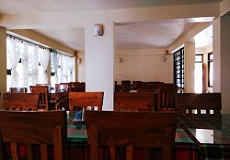