Gorumara National Park is a National Park in northern West Bengal, India. From the main gate of Gorumara National Park, Lataguri is about 10 km away. To the north of West Bengal at the foothills of the Himalayas, Gorumara is a very famous National Park in the Terai region of the Dooars. Gorumara mainly comprises of grasslands of small herbs along with the dense forest. Gorumara is mainly known for the habitation of the famous one horned Rhinos. Since 1859, Gorumara is a reserved forest of wide varieties of wildlife. In the year 1949, Gorumara was declared as a wildlife sanctuary. Due to the continuous success of Rhino breeding, Gorumara was declared as a National Park in the year 1994, 31st January.  Once Gorumara was spread within an area of about 7 sq km. But in the later days due to the development of the forest present Gorumara National Park grown and spread within an area of about 80 sq km. River Murti is flowing through Gorumara. The park is located on the flood plains of the Murti River and Raidak River. Gorumara National Park and its beautification start from there. Gorumara National Park is stretched upto the banks of River Jaldhaka that flows which is a tributary of River Brahmaputra. Gorumara is a significant watershed area between the Ganges and Brahmaputra river systems. The nearest forests are Jaldapara National Park and Chapramari Wild life Sanctuary. The nearest villages are Saraswati, Buddha Ram, Bichabhanga, Chatua, Kalipur, and Murti. In total about 10 thousand villager people lives in these villages. The main livelihood of the village peoples depends of the forest. The villages take part in the Eco tourism project of West Bengal Govt. which is a main source of livelihood. Gorumara National Park is home to numerous kinds of tress among which Segun, Sal forests with common teak, rain tree (Shirish or Albizia saman lebbeck), and Bombax (also known as silk cotton tree or Shimul). Apart for these floras about 50 species of wild animals, 193 species of birds, 22 species of snakes and lizards, 7 types of aquatic animals lives in this National Park. Among these animals, the large one includes Rhino, Gaur, Asian Elephant, Sloth Bear, Chital and Sambar Deer. Small animals seen are Barking Deer, Indian Hog Deer, and Jungle Hog. The carnivorous mammal is only the Leopard. Both harmful and non harmful species of snakes are found here, among these special mentioned are King Cobra and Pythons. Gorumara is home to many of the species of birds like Scarlet Minivet, Sun Catcher Hornbill, Woodpecker, Tit, Pigeons and migratory bird is the Brahminy Duck, very recently this species is in a serious threat of extinction. The night hunters at Gorumara are Owl and Nightjars. Peacocks are very common in Gorumara. One can visit to the Jatraprasad Watch Tower: Named after a legendary elephant and Rhino Observation Point: Watch tower in front of the Gorumara forest bungalow. One can visit to the Chandrachur Watch Tower (Old Khunia Watch Tower): Near the Murti forest bungalow and Chukchuki Bird-watching Point: Good for birding. One will get to see wide varieties of Orchids. At a few distances from Gorumara is a Bamni waterfall.

How to Reach: Railway stations like New Mal Junction, Jalpaiguri are the nearest. But one can also avail the New Jalpaiguri railway station. From Chalsa more, Lataguri is about 20 km. From Alipurduar to the way of Chalsa about 7 km before Chalsa more a road has diverse to the left hand side via Khunia more. And to the right hand side a few distances is the entry point of Chapramari Wild Life Sanctuary. From Jalpaiguri at about 50 km is Lataguri- Gorumara. Form Siliguri is about 56 km via Jalpaiguri. One can also reach Gorumara form Siliguri via Jalpaiguri.

Best time to Visit: Though Lataguri – Gorumara can be visited throughout the year, but forests remains closed from June 15 to September 15. 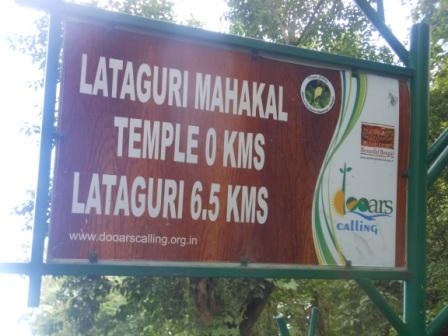 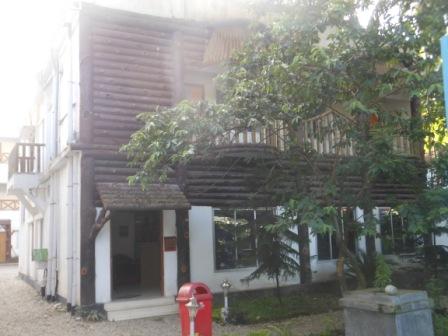 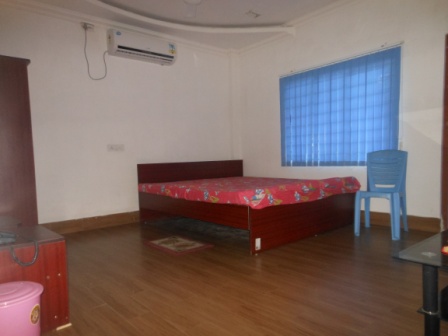 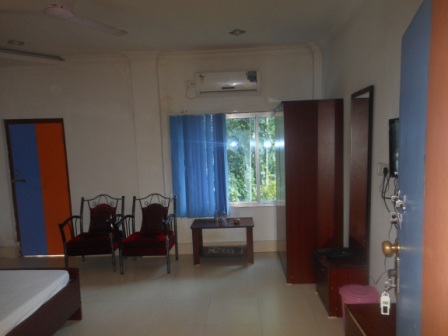 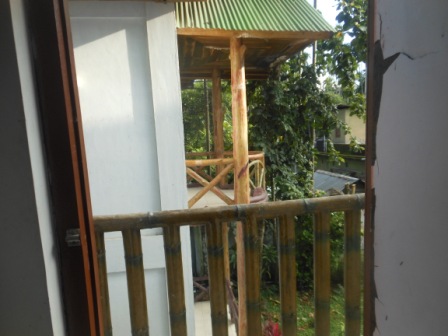 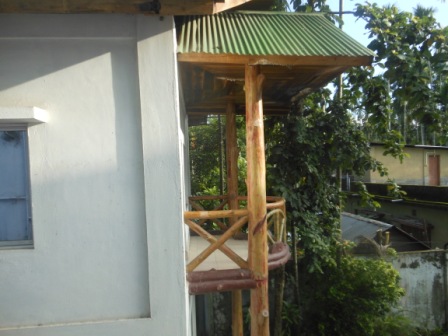 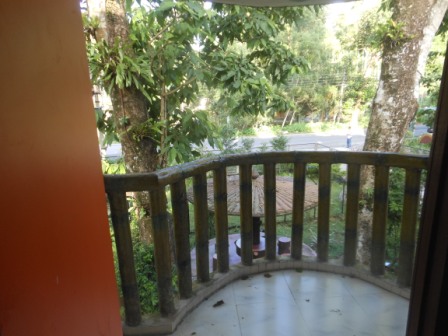 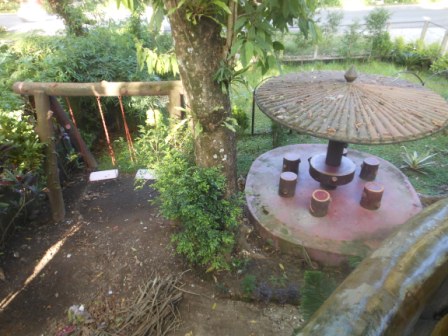 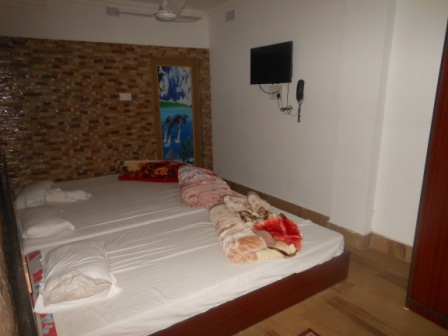 Priti Forest Resort is one of the hotel accommodation available at Lataguri, Gorumara. With 40 well equipped both AC and Non AC. The resort is surrounded by lush greenery and wide view of the forest. Very close to the to the gate of Grumara gate. The rooms are very clean and comfortable. Outside the forest resorts you will have enough space for parking, personal room service and doctors on call. You can get AC and non-AC both the room available as per your convenience and budget. A wonder place that you can say a tranquil haven, which exists in serene harmony with nature. Rooms are equipped with attached bathrooms, many bathrooms have bathtub, LCD T.V., restaurant facility that provides Indian, Chinese, and local foods. The resort will arrange local sight seeing facility. Rooms are divided into standard rooms, deluxe rooms, super deluxe rooms and suite, double bed, four bed rooms. 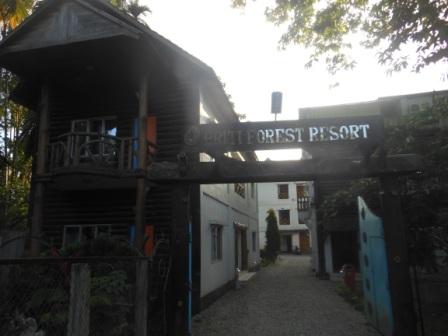 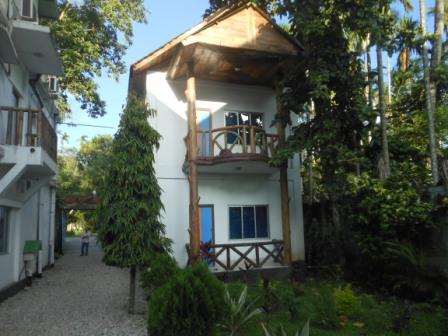 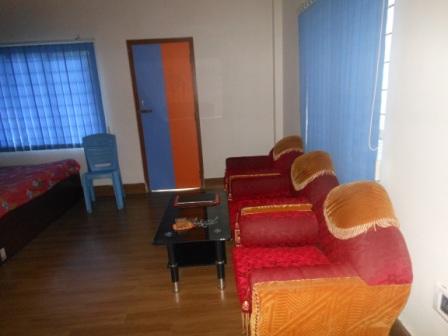 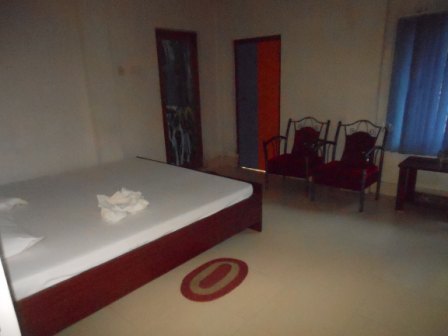 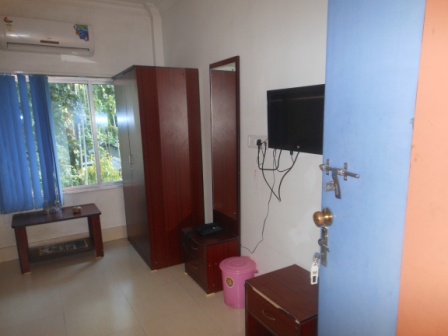 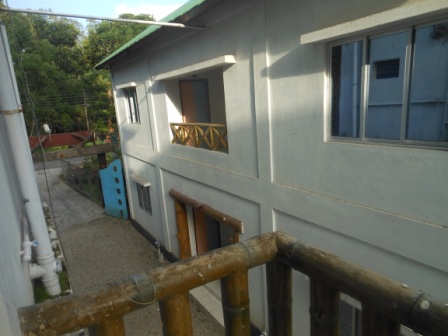 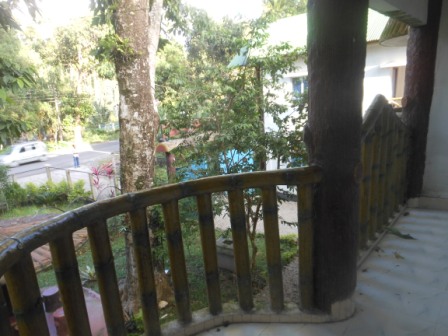 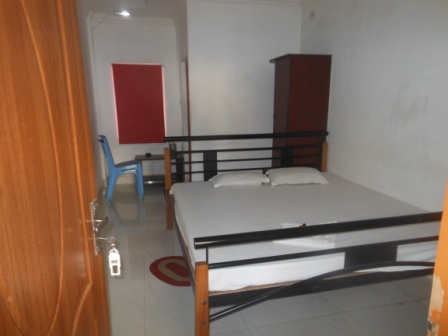 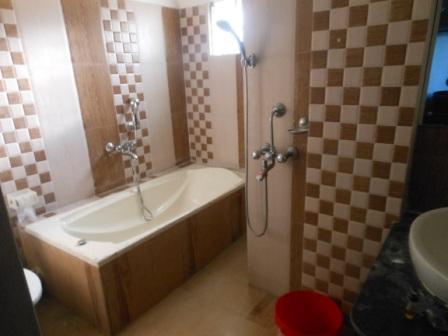