Aritar is a small destination in the eastern part of Sikkim, India. Aritar is very peaceful village, with a horse shoe shaped lake called the Aritar Lake. Tourists visit this place though out the year to see this natural wonder lake locally called Lampokhri which is about 350 meters in length and 75 meters in breadth. Just neat the Aritar Lake there are few small shops selling tea and momo those are worth tasting. The Aritar Lake hosts vivid floras and faunas those in habit the place. Aritar nestled under the Rongli sub division with a close connector to Zuluk or Old Silk Route of East Sikkim.  Aritar is a paradise for bird watchers as this place is in habited by numerous Himalayan birds. And the sound of the numerous prayer flags those produced by the blowing wind. There is a Gumpha or Monastery at Aritar namely called the Aritar Gumpha and there is Aritar Dak Bungalow built in year 1895 situated within 0.5 km from Aritar. At the same premises Sikkim’s first treasury was built as well as Sikkim Police was raised and the first outpost started functioning in the year 1897 at Aritar. Those are worth watching. Aritar lies at an altitude of about 4,600 feet above sea level.  During the British era the political officer “James Clod White” lived at Aritar. In the year 1896 he built this Aritar Dak Bungalow. The periphery of the bungalow is decorated with carpet like grass fields along with garden those has the collection of numerous species of flowers and orchids. One can go around and visit the village of Aritar and meet the locals and get to know about their daily lives. Through the village route of Aritar one can reach the nearest Lovedara or Chuchagen. From Aritar on a day trek one can reach at “Lungchok Valley”. Both in the morning and evening the monastery used to hold prayer and the sound of ringing bells are heard from a far distance. The periphery of the monastery is very wide and long and run by the Buddhist monks. From the main road of Aritar to the right hand side just within few uphill steps is the yellow and red coloured Gumpha. The photogenic Gumpha has the importance of history, culture and artistic value. Age old scripts and wall paintings all are preserved in a very well maintained manner. From the Gumpha one can come down near the Aritar Lake, this natural lake has been decorated with numerous prayer flags, pavements for the pedestrians, boating point and white swan those inhabit the lake are worth watching. The nearest locality and market are Rongli and Pakiong. The locals of Aritar and its nearest villages are mostly inhabited by Lepcha, Limboo, Newari, Rai, Gurung, Magar, Sherpa, Tamang, Sanowar, Bhutia with their local culture. Every year a festival is organised at Aritar called “Lampokhri Festival” in the month of March end and early April.

Things to do: Aritar offers multiple options of things to try around for the tourists. Those activities may include nature trails, jungle walk, short trekking options, adventure sports, bird watching, landscape photography and boating in the lake.  FromAritar a trek route has emerged that reaches upto Mankhim Dara that offers a magnificent view of Mt. Kanchenjunga. The festival offers visitors traditional cultural shows, flower exhibition and local ethnic cuisine to tickle your taste buds. Parbateyshway Shvalaya Mandir’, devoted to Lord Shiva is also quite a popular religious site in the town and is visited by countless Hindu pilgrims seeking blessing of the lord, especially during the auspicious month of Sawan.  From Aritar within a reach of 42 minutes is Lingsey village or Mulkharka Lake.

How to Reach: From Siliguri or New Jalpaiguri railway station by shared or hired cars upto Rehnok. From there again by hired cars upto Aritar. Aritar is at a distance of about 12 km. From Gangtok the route is by Rongpo – Rorathang – Rehnock – Aritar, distance is of 116 km. Another route is via Kalimpong – Pedong – Reshi – Rehnock – Aritar. By car it takes around 4 to 5 hours to reach Aritar. As Aritar is also well connected with Kalimpong town therefore tourists those who plan out their trip for the Old Silk Route can opt for a night stay at Aritar or Mankhim Dara. 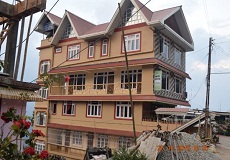 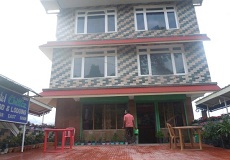 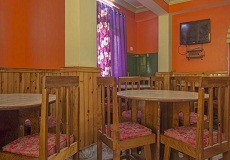 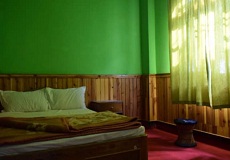 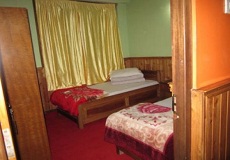 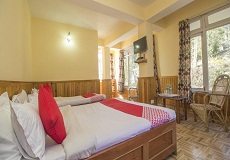 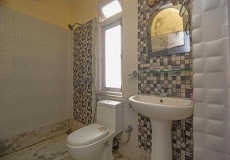 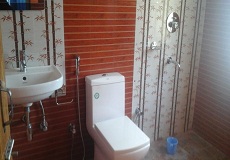 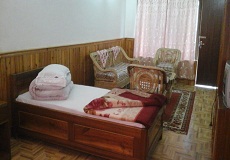 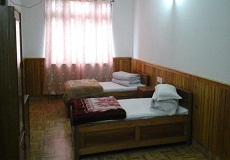 Hotel Chittiz at Aritar is one of the prime accommodation located within walk-able distance from Aritar Lake. Hotel Chittiz is placed amidst serene natural beauty and landscape of Aritar with splendid view of Lampokhri (Aritar Lake). Hotel Chittiz offers a homely atmosphere which is a home away from home experience far away from the madding crowd of city life. Hotel Chittiz is an ideal retreat for tourists those who are looking for contemporary amenities in the lap of nature. The warmth and hospitality of  Hotel Chittiz will surely touches the hearts of many.  The welcoming hospitality and gratifying service of Hotel Chittiz makes this hotel one of the most preferred and best in this region. Hotel Chittiz mainly serves Indian and Continental dishes along with authentic local cuisines are sure not to miss. There are 10 rooms at Hotel Chittiz categorized as standard rooms and deluxe rooms. 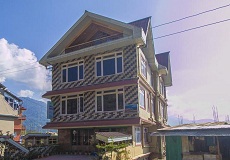 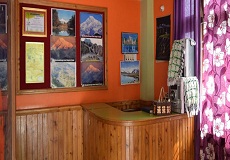 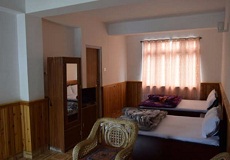 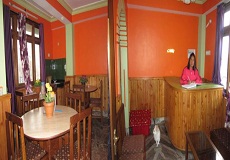 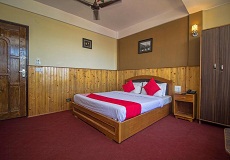 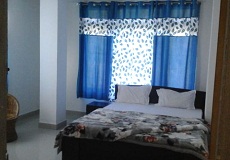 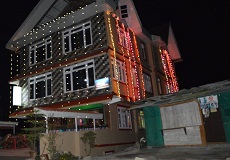 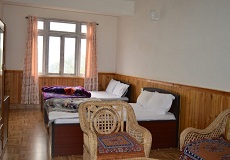 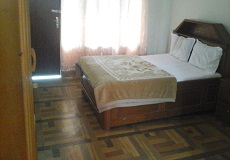 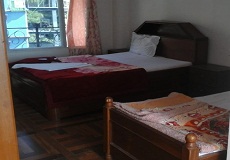 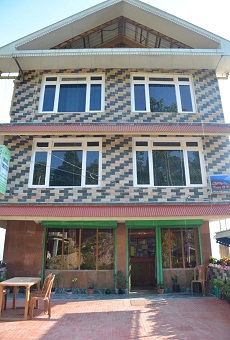