Pedong is a small town in Kalimpong district in the Indian state of West Bengal, Pedong is small town located at the border of Sikkim and West Bengal. Pedong is mainly in-habitat by the Bhutia tribes and is surrounded by the Limboo, Tamang, Rai, Mukhia, Chetri and Lepcha. Pedong lies 20 km east of Kalimpong on the way to Lava at an altitude of 1,240 meters (4.071 feet). With hills on sides and tea gardens on the hilly terrains along with the beauty of long standing Pine, Oak, Birch, Fir and Deodar has made this town a perfect offbeat destination for tourists. On one side River Teesta flows though this village. On one side the long stretches of greenness of the tea gardens and on the other end silence of the hills will surely attracts the visitors of the village. Pedong offers a panoramic view the full range of Mt. Kanchenjunga along with the sunset. While step out a little further from Pedong one can reach at Ramitey View Point, Silent Valley and Damsang Fort. In the year 1864 due to the Anglo- Bhutan civil war the fort was fully destroyed, now only the remains of the fort are left. From Pedong the nearest places to visit are Lava which is about 15 km, Algarah is about 6 km and Sillerygaon is about 9 km. On the way to Jelep La via the famous Silk Route journey, a night halt at Pedong can be added. The name Pedong literary means in the Lepcha word a small place of taking rest under the shades of cypress trees. Pedong can be reached from Kalimpong via Algarah. Pedong is established as true model village of that region. From Pedong one can visit to the famous routes of Sikkim which includes Jelep La, Kupup, Nathula and Gangtok. The town is divided into two parts, Upper Pedong and Lower Pedong. Pedong lies on the historic Silk Road that connects India to Lhasa via the Jelepla Pass. Pedong is a popular destination among domestic tourists. However, a good number of foreign tourists also visit Pedong for its various heritage sites having cultural, religious and historical significance. Many budget and mid-range accommodation options are currently available in Pedong.

Local Watchable: Near Pedong are the ruins of Damsang Gadi, a historical fort built in 1690 AD by the Lepchas. It was at the centre of the long-standing feud with the Dukpas of Bhutan. Later, it was used to ward off the forces of the British East India Company. After the Anglo-Bhutan War of 1864 AD, the fort fell into decay. The Damsang fort (Damsang Gadi) is the only fort in the entire district of Darjeeling. It was home to the last Lepcha King- Gyabo Achuk as the Lepcha people are the real natives of this place. Another highlight of the town is the Cross Hill. The Cross Hill is located at such a point where in the view of the facing mountains are magnificent. From here one can get a glimpse of Tibet or now the People’s Republic of Chinese border. It is a perfect sunset point. This Monastery was established around the early 1700 AD. It provides historical insight into the history and culture of the place known as Sangchen Dorjee Gumba which has fresco paintings on the inner walls of the main chamber depicting Tantric Buddhism. Gumpha Dance (Chyaam dance) or the Buddhist Mask dance is also held here annually. It has now become the center of Shabdrung Rimpoche (known as the Dharma Raja of Bhutan). This place has become an important pilgrimage for the Bhutanese and other followers of the Drukpa Khargu tradition of Buddhism. Around Pedong there are few small villages Sakiong, Dalap, Kage, Upper Menchu, and Lower Menchu which are worth visiting. Just before Pedong there is 6 mile, there is a small village, hilly terrains and a small playing ground. The Sacred Heart Church of the French civilization and the Sangchen Dorji Gumba of the Bhutanese culture are the most holy places of the devotes those who are very faithful of their own culture of that region. The art of the ancient Buddhist monks on the wall of the Gumpha are really worth watching. Every year the local dance known as Mukhota Dance that is performed by the locals are also worth viewing. 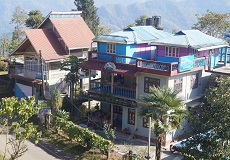 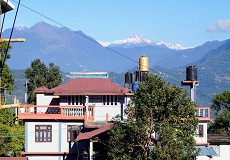 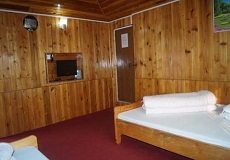 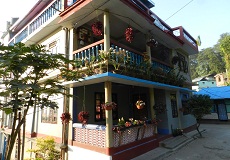 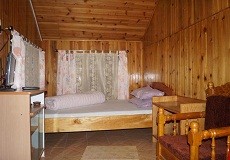 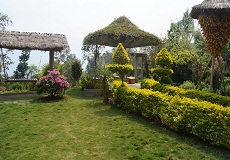 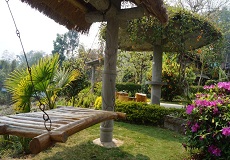 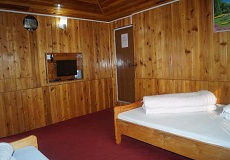 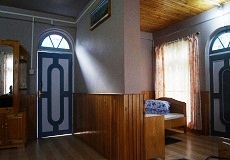 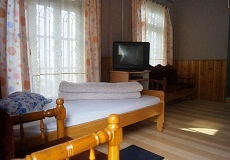 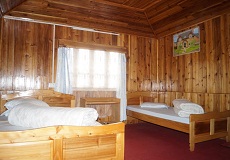 Damsang Guest House is one of the oldest and renowned accommodation available at Pedong. The Owner of the Resort Mr. N.C. Rai is very friendly in nature and is always one step forward to help the tourists in knowing the place better. Located in between St. George Higher Secondary school and crosshill the Damsang Guest House offers comfortable rooms along with a cozy homely atmosphere. The rooms are all wooden furnished with attached bathrooms, hot water available in every bathrooms, in house dinning facility. From the resort one can easily travel to the nearest destinations like Lava, Rishyap, Sillerygaon, Algarah, Kalimpong, Lolegaon, Kolakham along with the famous Old Silk Route of East Sikkim, of which Pedong forms one of the gateway. 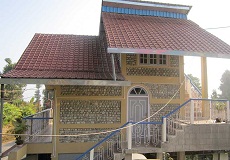 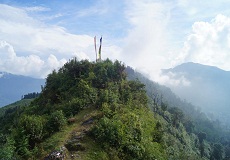 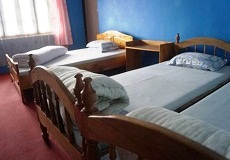 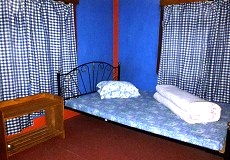 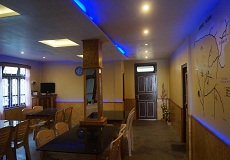 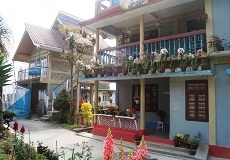 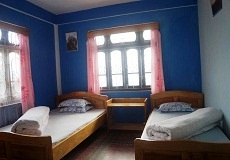 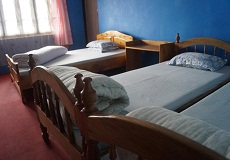