Latpanchar or Latpanchor is a hidden and unseen quaint village located in the Shelpu region of North Bengal hills in the state of West Bengal. Latpanchar is situated atop in the highest point of Mahananda Wildlife Sanctuary at an elevation of about 4500 ft above sea level. Mahananda Wildlife Sanctuary is spread across an area of 158 sq km the southern area near Sukna and rising up to 4,500ft towards the northern area at Latpanchar, most of the part of this sanctuary is in the Darjeeling hills. Two of the known rivers flows through this sanctuary are Teesta to the east and Mahananda to the west. Since its part of the sanctuary, there is good chance that you will come across some wildlife here like deer, leopards, Malabar Giant Squirrel or even elephants while exploring the jungles around. But most come here to relax and experience the rich bird-life along with the scenic beauty in and around the hamlet. This off-beat tourist destination is ideal for the tourists who love peace and tranquility. Its lush green forests with varied species of flora & fauna and birds make Latpanchar a peaceful abode and perfect destination for the bird watchers & nature lovers. The name Latpanchar derives from the Lepcha word “Lat” means thin bamboo sticks and “Panchar” means forest. Therefore Latpanchar is also home to numerous Chinchona plantations or Bamboo forests. Latpanchar offers a stunning view of the Terai region along with Darjeeling, Kalimpong and Sikkim hills to the far horizon. From Latpanchar within a walking distance of few kilometers is Ahaldara top, an open gallery to catch some stunning views of valleys, rivers and rivulets, and never ending numerous Himalayan peaks. Ahaldara also offers a great view of Sunrise at the backdrop of Mt. Kanchenjunga. On a cloudy day at Ahaldara, one will get to see thick cotton like clouds floats all over the region. In the early morning on a clear day from Latpanchar one can enjoy views of Himalayan Peaks along with other spots like Bagora, Tinchuley, Algarah, Chatakpur to the far flung along with the crisscrossed way of River Teesta flowing at the far bottom. And to the downward way the route has bypassed through the dense wilderness of Pine, Cinchona, Shegun, and Birch. The main livelihood of the locals is cinchona plantations and other agricultural activities.

Points of Visit: From Latpanchar by hired cars the nearest destinations are Sarsi Dara, Mahaldiram, Mahananda Wildlife Sanctuary, Sittong, Namthing Pokhri. Apart from these there is a Old Lepcha Monastery at Latpanchar which is worth visiting.

Birds at Latpanchar:  Since Latpanchar is a paradise for bird watchers there one will get to see numerous Himalayan birds those inhabit the place. Few of those species may include Burn Swallow, Laughing Thrush, Sunbird, Scarlet Minivet, Minla, Yuhina, Scaly Thrush, Ashy Backed Shrike, Spotted Eagles, Magpie, Drongo, Woodpeckers, Black Bulbul, Drongo, Kingfishers, Robin, Himalayan pheasants, Long Tailed Broadbill, Great Barbet, Grey Headed Flycatcher, Blue Fronted Redstart, Himalayan Griffen etc. Special among these mention should be made of ‘Rufous Necked Hornbill’ which has gained the special attraction at Latpanchar. “Rufous Necked Hornbill” and the “Long tailed Broadbill”. “Long tailed Broadbill” is an amazingly beautiful bird which mainly feeds on insects and always stays in groups. Stretches from the Eastern Himalayas up-to Borneo “Long Tailed Broadbill” can be found. Bright yellow coloued with a black helmet type on the top of the head, these are also called the Helmet Bird. The body is parrot green and the tail is cobalt blue.  The voice is very shrill. The Rufous Necked Hornbill travels far from Nepal due to change of climatic conditions. The colour is very elegant, and the ‘art of swallowing’ of fruits is surely worth watching. Rufous Necked Hornbill mainly migrates from a far distance for its breeding. The I.U.C.N has claimed this bird as a “vulnerable species”. Hornbills are famous for their long beak. These birds generally feed of fruits, insects, small lizards. Hornbills are generally big in size ranging from 90-100 cm. The females generally stays on the holes made in the trees. The male bird flies away in search of foods.

Himalayan Newt/ Salamander: Apart from Chinchona plantations, rich bird life and dense wilderness, Latpanchar is also home a prehistoric animal “The Himalayan Newt” Or “Salamander”. A species of animal very similar to the frog, now a day these creatures are called the ‘Heliothermic Animal’. Salamanders are a group of amphibians typically characterized by a lizard-like appearance, with slender bodies, blunt snouts, short limbs projecting at right angles to the body, and the presence of a tail in both larvae and adults. These animals used to dig holes on the ground and spend their winters. These animals can live both in water and land. From Latpanchar within a distance of 4 kilometres distance is a small lake known as “Namthing Pokhri” a natural lake surrounded by dense thick Pine trees those which host wide varieties of birds and butterflies.

How to reach: Latpanchar is located within 2 hours drive from NJP railway station. From Siliguri or New Jalpaiguri railway station by NH 31 and interstate highway 5 that connects to Darjeeling. From there Kalijhora is within 40 km via Sevoke. From Kalijhora by the left hand road side through dense greenness within a distance of about 12 km is Latpanchar. Another route is via Sukhna, within a distance of 20 km is Rongtong. From Rongtong via Norbung Tea estate and Sepidhura within a distance of 8 km is Shivkhola. From there another 3 km via Simring Gaon one will reach at Bagora- Latpanchar. The entry to Mahananda Wildlife Sanctuary is through Sukna which is about 10 km from NJP. 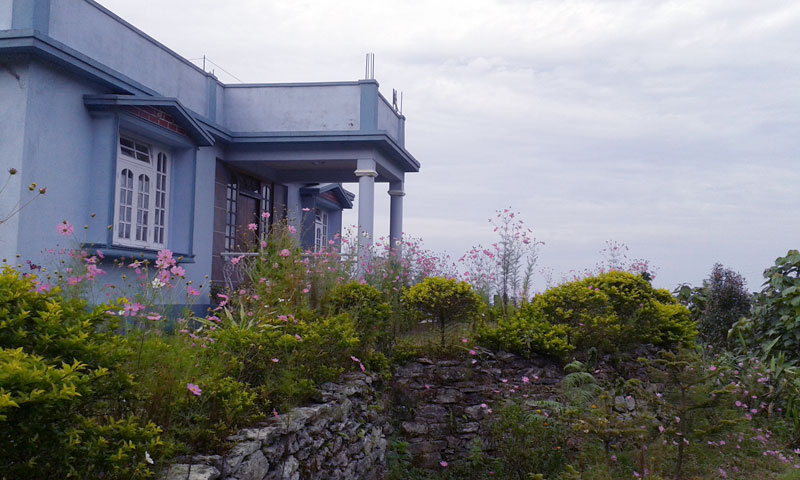 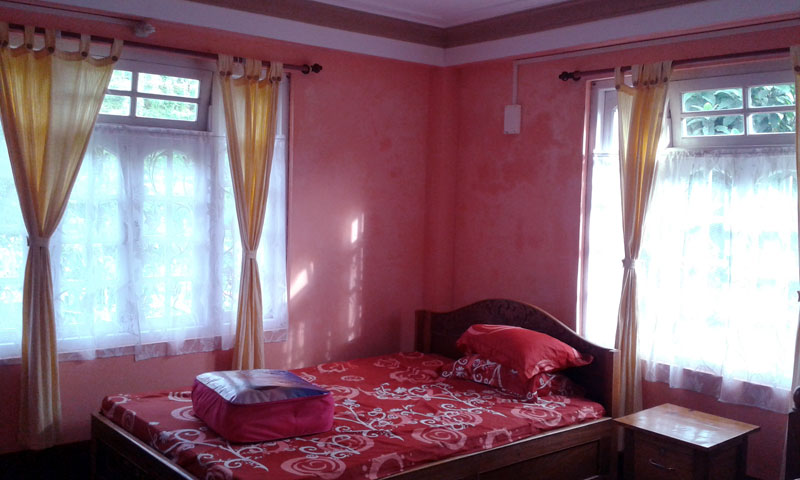 Namthing Homestay is a budget accommodation available at this tiny village. Located with a few kilometers away from Latpanchar and Ahaldhara. The homestay has rooms which very well decorated and well furnished. floors are all wooden, all the rooms has attached bathrooms. Hot water is supplied through bucket, as because high voltage electricity is a major factor in this region. The homestay give s clear view from the balcony itself. 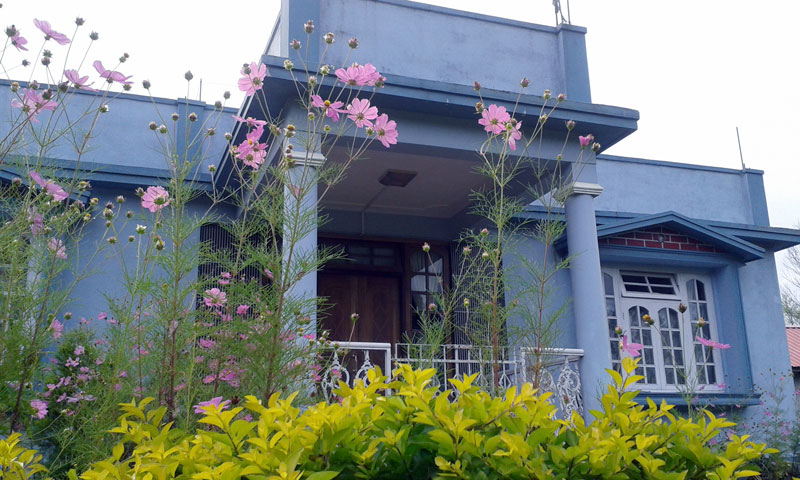 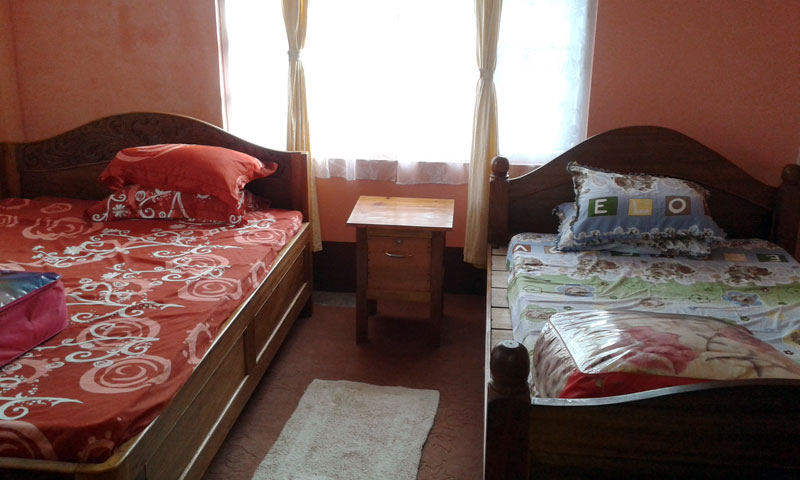 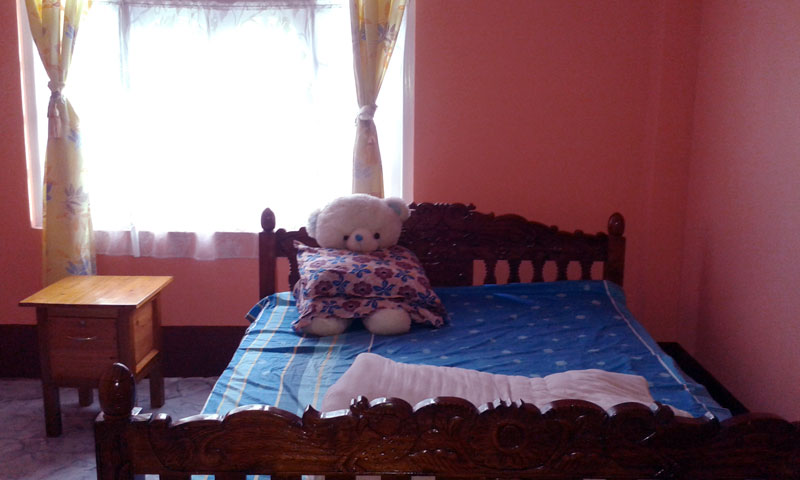 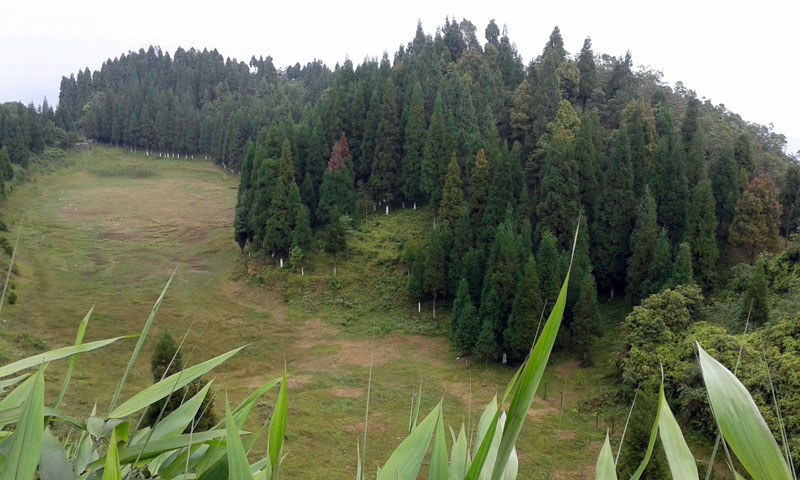 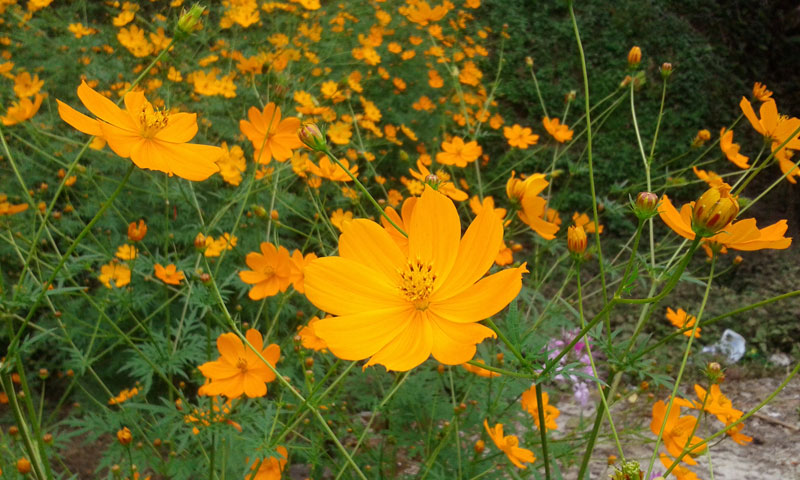