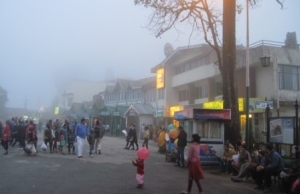 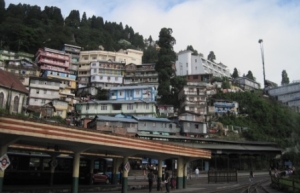 Darjeeling is a town in the Indian state of West Bengal. It is located in the Mahabharat Range or Lesser Himalaya at an elevation of 7,100 ft (2,164.1 m). It is noted for its tea industry and the Darjeeling Himalayan Railway, a UNESCO World Heritage Site. The development of the town dates back to the mid-19th century, when the colonial British administration set up a sanatorium and a military depot. Subsequently, extensive tea plantations were established in the region, and tea growers developed hybrids of black tea and created new fermentation techniques. The resultant distinctive Darjeeling tea is internationally recognized and ranks among the most popular of the black teas. The varied culture of the town reflects its diverse demographic milieu consisting of Nepalis, Bhutia, Lepcha and other mainland Indian ethno-linguistic groups. Darjeeling, with its neighboring town of Kalimpong, was a center of the Gorkhaland movement in the 1980s. The history of Darjeeling is intertwined with that of Sikkim, Nepal, British India and Bhutan. Until the early 19th century, the hilly area around Darjeeling was controlled by the kingdom of Sikkim, while the plains around Siliguri were intermittently occupied by the Kingdom of Nepal, with settlement consisting of a few villages of Lepcha and Kirati people. The first road connecting the town with the plains was constructed between 1839 and 1842. Darjeeling is the main town of the Sadar subdivision and also the headquarters of the district. It is located at an elevation of 7,100 ft (2,200 m) in the Darjeeling Himalayan hill region on the Darjeeling-Jalapahar range that originates in the south from Ghum. The range is Y-shaped with the base resting at Katapahar and Jalapahar and two arms diverging north of the observatory Hill. The north-eastern arm dips suddenly and ends in the Lebong spur, while the north-western arm passes through North Point and ends in the valley near Tukver Tea Estate.  The hills are nestled within higher peaks and the snow-clad Himalayan ranges tower over the town in the distance. Kanchenjunga, the world’s third-highest peak, 8,598 m (28,209 ft) high, is the most prominent mountain visible. In days clear of clouds, Nepal’s Mount Everest, 29,035 ft (8,850 m) high, can be seen. Darjeeling is a part of the Eastern Himalayan zoo-geographic zone. Flora around Darjeeling comprises sal, oak, semi-evergreen, temperate and alpine forests. Dense evergreen forests of sal and oak lie around the town, where a wide variety of rare orchids are found. The Lloyd’s Botanical Garden preserves common and rare species of plants, while the Padmaja Naidu Himalayan Zoological Park specialises in conserving and breeding endangered Himalayan species. The town of Darjeeling and surrounding region face deforestation due to increasing demand for wood fuel and timber, as well as air pollution from increasing vehicular traffic. Wildlife in the district is protected by the wildlife wing of the West Bengal Forest Department. The fauna found in Darjeeling includes several species of ducks, teals, plovers and gulls that pass Darjeeling while migrating to and from Tibet. Small mammals found in the region include civets, mongooses and badgers. Darjeeling can be reached by the 88 km (55 mi) long Darjeeling Himalayan Railway from New Jalpaiguri, or by National Highway 55, from Siliguri, 77 km (48 mi) away. The Darjeeling Himalayan Railway is a 600 mm (2 ft) narrow-gauge railway that was declared a World Heritage Site by UNESCO in 1999 for being “an outstanding example of the influence of an innovative transportation system on the social and economic development of a multi-cultural region. 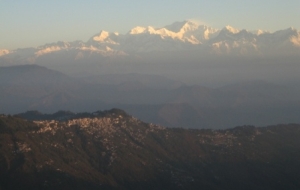 10% Service charge on the above room tariff. 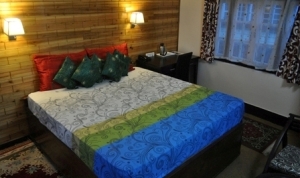 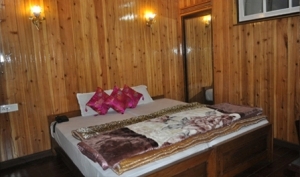 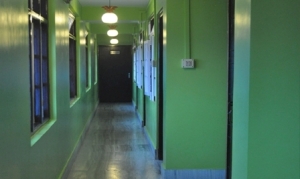