Manas National Park is a UNESCO world heritage site situated at the base of foothills of the Bhutan – Himalayas in the state of Assam in India, with unique bio- diversity landscape and is one of the first reserves included in the network of the tiger reserve under project tiger in 1973. It extends over an area 2837 sq km from Sankosh River in the west to Dhanashri River in the east with a core area of 520 sq km of the National Park which declared in 1990. With the Manas River exploding out of the foothills of Bhutan, the unique blending of dense forest and grasslands at the confluence of Indian, Ethiopian and Indo Chinese realms makes this one of the richest reasons for wild animals. The River Manas, flows into the National Park at an altitude of about 500 meter from the gorges of Bhutan and splits into two major streams of which the main course comes out of the park about 30 km downstream which is known as Beki and another has met up at River Brahmaputra named as Bholkaduba. The word ‘Manas’ derived from the name of a Hindu Goddess ‘Manasha or the Serpents God’. River Manas is a major tributary of River Brahmaputra and serves as an international border between India and Bhutan. The Forest department of Assam has divided Manas National Park into three parts; these are namely Bhuiyapara Eastern Range, Panbari Western Range and Bansbari Central Range.
The peace and tranquillity of Mathanguri Tourist site on the banks of River Manas close to Bhutan is a rarest gift of nature and in its finest form.
Manas National Park spreads across Baksa and Chirang districts in BTAD, Assam, where the Bhutan Hills rolls down to form an extensive Bhabar and Terai area on the north bank of the River Brahmaputra. The River Manas flows through, dividing the park into two halves, further drained by large number of rivulets and streams. Contiguous with the Royal Manas in Bhutan which is on the other side of the river, the park offers excellent Eco systems for the wild denizens of the area. The Manas National Park forms the core of the sprawling Manas Tiger Reserve on the Indo – Bhutan border and is one of the most important conservation areas in India. The park offers excellent habitats such as grasslands, forests, rivers and wetlands and low hills to different kinds of mammals, birds, reptiles and amphibians along with butterflies and insects. The central entrance of Manas National Park is Bansbari Range. The route to Bansbari passes through Khayerbari, Gobordhana of Baksha district. Bansbari is situated to the north of Fathemabad tea estate via Bangerabari. Among the watch towers located inside Manas National Park Buraburi watch tower is a special mention. This watchtower offers wide view of the wild landscapes of Manas National Park. From the Buraburi watchtower around 22 km is Mathanguri Forest Bungalow lies on the banks of Manas River. About 500 sq km of Manas National Park to the western side flows River Sankosh and to its eastern side flows River Dhansari. But due to the presence of poachers many wildlife species came under threat and the formation of ‘Bodoland Territorial Council’ (BTC) was formed. The main entrance of Manas National Park is Bansbari beside where lies the Fatehmabad tea estate. About 800 sq km area of the Manas National Park is under project tiger. From the main entrance of the national park around 21 km is Mathanguri Forest Bungalow near which flows Manas River. Manas National Park is a World Heritage Site that lies on the banks of River Manas sharing the Border with Bhutan. This national park is spread over an area of about 500 sq km within the boundaries of Assam and Bhutan. Manas National Park itself has a splendid lateral landscape. The wilderness of Manas National Park varies with the presence long old trees at some places and dense thick Savannah grasslands. From Bhuiyapara Eastern Range around 04 km away is River Pota. Manas is the only landscape in the world where pristine Terai Grasslands are seen merging with the Bhabar grasslands interspersed with diverse habitats ascending to Semi-Evergreen forests.

Flora: The forest type of Manas National Park comprises of Moist, Mixed, Deciduous Forest, Semi Evergreen Forest, Eastern Bhabar Sal Forest, Low Alluvial Savannah Woodlands and Eastern Wet Alluvial Grassland. A variety of aquatic flora is found along the river banks and wetlands and pools. More than 550 species of plants have been identified so far in Manas National Park. The forest is of mixed woodland – grassland ecosystem and due to the presence of long grasses (also known as elephant grass or savanna grasslands) are ideal place for Rhinos, Leopards and Tigers to hide themselves. The grasses of Manas National Park measures upto 07 to 08 ft in height. Manas National Park is also home to more than 347 species of trees and herbs.

Fauna: Not only Manas National Park is one of the most beautiful reserves, it also harbours the largest number of protected species of India, ranging from large herds of Elephants and Buffaloes with smaller creature like Pygmy Hog, Golden Langur, Assam Roofed Turtle, Hispid Hare and Bengal Florican. Among the 60 species of mammals recorded so far in and around Manas National Park, 22 of them are placed in schedule I categories of Indian Wildlife (protection) Act.
The fauna diversity of the park is extraordinarily rich with more than 60 species of mammals, 312 species of birds, 42 species of reptiles, 7 amphibians and 54 species of fish recorded so far. Manas National Park is the common habitat of wildlife species like rare Golden Langur, Wild Water Buffalo, Jungle Fowl, Sambar, Swamp Deer, Gaur, Rhino, Tiger, Elephants, Black Panther, Leopard, Hoolock Gibbons, Smooth-coated Otters, Capped Langurs, Asian Water Buffalo, Asian golden cat, Barking Deer (or Indian Muntjac), Indian Bison, Indian Buffalo, Indian Pangolin, and many others. Around the world Golden Langurs are only available in Manas National Park, Assam, India and in Bhutan which also forms the other end of Manas National Park known as Royal Manas. But due to poaching and habitat loss presently the population of Golden Lagur has become so less that it is declared as rare species by the Wildlife Protection Act.

By Air: The nearest airport is Guwahati. Daily flight services are available from Kolkata and other major cities of India those reaches Guwahati. From Guwahati Airport around 176 km away is Manas National Park. But tourists need to avail this distance by road only.

Best time of visit:
Manas National Park generally remains open for tourists visit from mid-October to April. But it all depends on the season’s rainfall. Depending on the rainfall the opening and closing time of the forest depends.

Tourism Activities in Manas National Park:
Tourism is done to promote Manas as a popular tourist destination and also to support the local economy by opening up alternate livelihood options for the fringe community. The tourism activity received a boost with support from Bodoland Territorial Council (BTC) and WWF – INDIA.

MEWS:
Manas Ever Welfare Society (MEWS) established on 03rd January 2006, aims to work for the preservation of the rich bio- diversity in Manas National Park and also develop Eco- Tourism activities in the park especially in the areas under Bansbari Range. The society also aims to work with the fringe communities at different levels for the protection of Manas National Park and also promote alternate means of livelihood to develop the local economy. 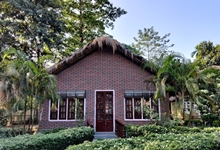 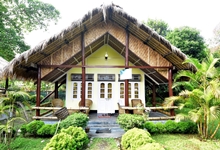 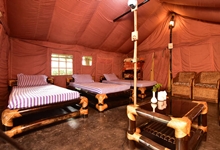 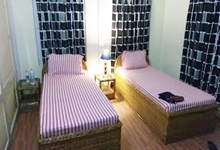 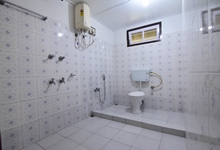 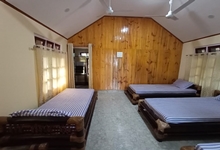 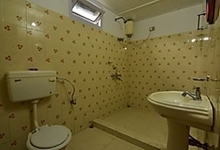 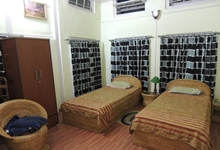 Birina Tourist Lodge and Eco Camp at Manas National Park offers excellent for tourists. At Birina tourist can have the view of the tea garden which is near to the entrance of Manas National Park. Birina is located at Fatemabad tea estate near Manas National Park. The main lodge was formerly a tea bungalow and the complex of Birina also contains two thatched cottages and two tent accommodations with all modern amenities.
The heritage tea bungalow of Birina contains two twin bedded rooms with attached bathrooms and a well-furnished big lobby. Apart from these there are one double bedded, one four bedded luxurious thatched cottage and two numbers of four bedded tents with attached bathrooms and all modern amenities are the added attraction of Birina. All furniture of Birina is made of cane and bamboo.

Facilities at Birina:
The lodge complex has a sprawling flower garden
A play area for children.
Bon fire and Barbecue facilities are also added advantages
Open air theatre for cultural programs.
Visitors can relish the unforgettable delicious taste of local and modern cuisine at Birina’s kitchen.

Birina organizes the following programs for our esteemed guests.

Other facilities provided to tourists from Birina:

HOW TO BOOK: Call 9831311606 , 9830381306 and get the rooms availability status. Or visit our city office at: 8C Shanti Ghosh Street, Kolkata – 700003, Near Shyambazar Metro Railway station, Gate no. 03. Or use the query form furnished below. For distant booking can be done through NEFT/ Fund transfer/ cheque deposit. 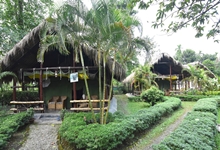 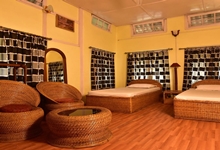 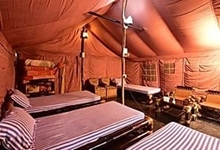 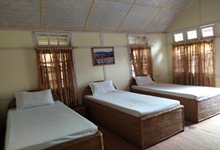 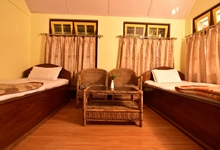 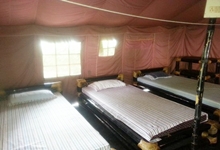 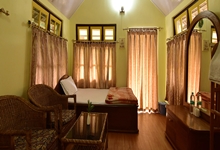 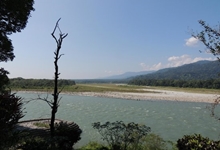